Why Williams would not sabotage Maldonado 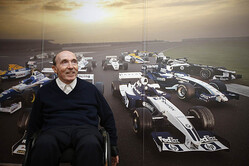 In the build up to the United States Grand Prix it was announced that Felipe Massa would join Williams for the coming season, an announcement made in the wake of Pastor Maldonado deciding he needed a change of scenery.

After winning its first grand prix in eight years in 2012, Williams has fallen dramatically off the pace this season. It has undergone a number of personnel changes but the simple fact remains that it is punching well below its weight.

It was after qualifying when an already frustrated Maldonado effectively accused his team of sabotage. Speaking with television reporters after the session he claimed that he thought "somebody is playing with the pressure and temperatures on my car."

"Never in Williams, in our experience and our history, would we ever do anything like that," came the immediate retort from Claire Williams.

With seventeen races down, the nine-time world champions have just a single point, courtesy of Maldonado's tenth place in Hungary. It is perilously within grasp of Caterham and Marussia in the Constructors' Championship , a fact that is worth many millions of dollars.

Prize money in Formula One is paid via two separate processes, each worth about £250 million ($400m) a year (60% of Formula One Management's profits).

The first is a simple payment to teams who have finished inside the top ten for two years in three, meaning whatever happens in the last two races Williams should receive about £25 million ($40m) from Formula One Management for its efforts in 2013.

The second is rather more complicated, and relates directly to the Constructors’ Championship, with the sum paid to tenth proportionally less than that paid to the winner. Ninth in the championship pays around £6 - £9 million ($10m - $15m) while tenth is believed to be worth about £3.5 million ($5.5m).

It is therefore arrogant and ignorant in the extreme for Maldonado to accuse the team of sabotage in its efforts for a little comeuppance.