Gurmit's View: Sergio gets stuck in 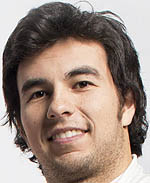 Football often gets a mention on Pitpass, what with editor Balfe being a Tottenham man and the esteemed Mike Lawrence being a long-time supporter of their fiercest rivals, Arsenal.

Then again, not forgetting Caterham boss Tony Fernandes ownership of Queen Park Rangers, formerly owned by Bernie Ecclestone and Flavio Briatore, or the synergy between Sauber and Chelsea, in the last couple of Pitpass podcasts, F1 and football have been compared, most notably in terms of how money breeds success.

Unsurprising therefore that football proves to be the inspiration for Gurmit's latest cartoon as he compares a recent incident on the soccer field with Sergio Perez' reaction to Martin Whitmarsh's demand that he be a little more aggressive, to stick out his elbows and get stuck in.