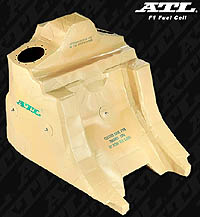 Sandwiched between a race day qualifying format and the race itself Sauber found itself in the unfortunate position of a DNS next to Nico Hulkenberg's name. A fuel system problem found when the team started adding race fuel to the C32 brought the team's race ambitions to a premature end.

In his Australian Grand Prix analysis Matt Somerfield admitted that he, like many, wondered what Hulkenberg might have done with the C32 on Medium compound tyres whilst those ahead ran the Super Softs.

As the rest of the media appeared to brush the Sauber incident off as a simple fuel system problem, Matt contacted Sauber's Technical Director, Matt Morris to discover the extent of the problem.

"The problem we had was caused by excessive vacuum in the fuel cell," confirmed Morris. "This caused the cell to collapse and subsequently become damaged. Unfortunately, we only spotted this a few hours before the race start, and therefore there was not enough time to make a safe repair. Due to this we were forced to retire the car prior to the race.

"We have identified the problem, and now are putting in place some new parts and procedures for this weekend's race at Sepang.

"We are hoping for a much more competitive weekend here in KL, without any reliability issues."

Sauber has now shipped a new chassis out to Malaysia for use by Hulkenberg this weekend whilst the old one makes it's way back to Hinwil for a full assessment.