Sutil to drive at Barcelona 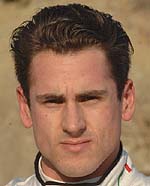 Force India has confirmed that Adrian Sutil, one of the hopefuls for the second seat alongside Paul di Resta, will drive the VJM06 at this week's test at Barcelona.

The German, who had a seat fitting at the team's Silverstone HQ last week, will drive the car on Thursday, with di Resta driving on Tuesday and Wednesday and Jules Bianchi, the other hopeful for the 2013 drive, on Friday.

In December, Sutil, who was fined 200,000 euros and handed an 18-month suspended sentence following his conviction for GBH, declared that the conviction would not prevent him returning to F1.

"We checked of course," he told the Race of Champions website, "me and my management - we checked all the countries and there's no problem for me to travel, so that's why I'm here in Bangkok without any trouble! So all the problems I had last winter are solved, it's a new beginning."

Asked about the speculation linking him his old team, he insisted that despite all the talk nothing had been finalised. "Once I've got the signature! It's the signature is what counts," he said.

"They know who I am, they know how to work with me so in the last five years we've got a lot of experience. There's nothing too much to say, it's all up to Vijay; it's Vijay's decision and hopefully he will make the right one so that I am in the car!

"Five years I was in this team so they know how good I am, they know my qualities," he continued, "so I'm not the one who has gone to this team and said 'please, please give me the drive', I think they also should come to me and say 'Yes, we want you' and that's a good base. So I want to drive for this team but they should also want me as a driver, so that's why I'm quite relaxed. I know how to handle this situation; I did the maximum I could do at the moment and now it's all up to them to decide if I'm in the seat or not."

Meanwhile the team insists that Sutil and Bianchi are not involved in a 'shoot-out' for the second seat, a spokesperson telling Reuters: "No, it's not a shoot-out. It's just two drivers helping the team with this week's test. I don't think it should be perceived as such, that's not the intention."