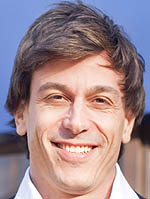 According to Bild, Wolff, who already has ties with Mercedes in the form of his shareholding in the HWA Mercedes DTM team, will work alongside fellow Austrian Niki Lauda who was appointed non-executive chairman of the German team.

Approached by Pitpass, a spokesperson for Mercedes said: "We would ask for your understanding that we do not comment on speculation", while a Williams spokesperson echoed the sentiment.

While this does not rubbish the story - or confirm it - it is worth noting that it is being said that the move could be officially confirmed ahead of this weeks DTM test at Valencia which gets underway on Tuesday.

Were the role mainly concerning Mercedes DTM and F3 involvement it is possible that Wolff could continue with Williams, however, if his remit were to include the F1 programme, which it surely would, his continued involvement with Williams would appear impossible.

If true, such a move would surely be a body blow to Williams where Wolff, a shareholder and who was appointed Executive Director last July, in the wake of Adam Parr's departure, is essentially deputy Team Principal alongside Frank Williams.

In 2013, both teams are facing what many see as a 'make or break' season. Mercedes shook the paddock when it secured the services of Lewis Hamilton, enticing the 2008 world champion from McLaren the team which nurtured him since he was a teenager.

Meanwhile, Williams, which in 2012 scored its first win in eight seasons, is seeking to move on from a purple patch which, according to some, almost saw it go under.

On Friday, the Grove outfit announced that it would unveil its 2013 contender at the second pre-season test, in Barcelona, and, bucking the current trend, would run its 2012 car in Jerez.