McLaren races off with £23m profit 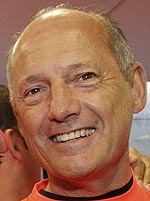 There aren't many Formula One teams which finish the year with a profit left over after deducting all their costs from the money they received. The simple reason for this is that teams tend to spend all the money at their disposal on their quest for victory. Not McLaren. Although the team has the same hunger for success that its rivals feel it certainly didn't exhaust all its revenue on its title challenge last year.

An article in the Express by Pitpass' business editor Christian Sylt reveals that last year the pre-tax profits at McLaren's F1 team accelerated 38% to £22.9m. On track its performance wasn't as sparkling and it finished second in the standings falling to third this year. However, it finished on a high as Jenson Button won last month's season-ending Brazilian Grand Prix. The team's accounts to 31 December 2011 reveal how much it spent fuelling its championship campaign since the cost of developing an F1 car is largely incurred the year before it is introduced.

McLaren's profit was driven by a 15.9% rise in revenue to £172.3m. Its top line was boosted by higher prize money received by all the F1 teams and the renewal of several sponsorship agreements, including its deal with title partner Vodafone. The telecoms company is believed to have increased its annual spending on the team from £40.5m to £46.8m according to F1's trade guide Formula Money.

McLaren used its profit to pay a dividend of £20m to its parent the McLaren Group which is 50% owned by Bahraini sovereign wealth fund Mumtalakat with the remainder split between the Saudi TAG Group and the company's executive chairman Ron Dennis. In turn the group used the money to fund construction of its supercar factory which was sold for £50.1m to its sister company McLaren Automotive.

The results highlight the gulf in funding between F1's top performers and those at the back of the grid. McLaren finished in second place last year with a profit which was only slightly lower than the annual revenue of last-placed Marussia.

Its costs increased 11.2% to £150m but this was not enough to propel the team to victory. The bulk of the additional spending was directed at improving the KERS energy recovery system. Button and his team-mate Lewis Hamilton are also believed to have contributed to the team's increased costs due to escalator clauses in their contracts. Together they were paid an estimated £18.7m but this bill is expected to reduce next year as Hamilton is being replaced with Sergio Perez.

The other key departure has been German car manufacturer Daimler which previously owned a 40% stake in McLaren before it parted ways in 2009 to set up its own team. During last year Daimler sold its remaining 16% stake to McLaren's current shareholders for £30m. However, Daimler still retains a relationship with McLaren and pumped £38.5m into the team in 2011 as a sponsor and engine supplier.