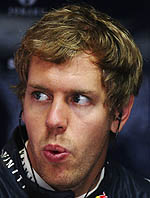 Having noted the FIA's reaction to its request for clarification regarding Sebastian Vettel's overtake of Jean-Eric Vergne during the Brazilian Grand Prix, the Italian team considers the case closed and will take no further action.

In a statement issued this morning, Ferrari, which stood to claim the Driver' Championship for Fernando Alonso if there had been a case to answer, said:

"The request for a clarification from the FIA, regarding Vettel’s passing move on Vergne, came about through the need to shed light on the circumstances of the move, which came out on the Internet only a few days after the race.

The letter to the FIA was in no way intended to undermine the legality of the race result. We received tens of thousands of queries relating to this matter from all over the world and it was incumbent on us to take the matter further, asking the Federation to look into an incident that could have cast a shadow over the championship in the eyes of all Formula 1 enthusiasts, not just Ferrari fans.

Ferrari duly takes note of the reply sent by the FIA this morning and therefore considers the matter now closed."

As Ferrari makes clear, the situation was largely driven by social media, clear proof of its phenomenal power. While there had been widespread unease regarding Vettel's move on Kamui Kobayashi later in the race, a move that was entirely legitimate, it was the appearance on YouTube of a video appearing to show Vettel passing Vergne under yellow on the approach to Turn 4 that was to attract global attention in a matter of hours.

However, other videos, together with the data held by the FIA, made it clear that Vettel had no case to answer.

While this will come as a disappointment to fans of the Italian team and its driver, had Vettel been found to be guilty of an illegal move and therefore lost his title it would have certainly done damage in terms of the general public, which had effectively seen the title decided several days earlier. Furthermore, coming off the back of a race which had even non-F1 fans enthralled throughout, such a move would have done lasting damage, the sport once again shooting itself in the foot.

We now head off into the winter with fans already salivating at the prospect of another thrilling season, the sport having hopefully won over many converts over the last eight months.