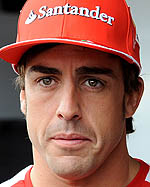 Ferrari has confirmed it has asked the FIA for clarification over Sebastian Vettel’s pass on Jean-Eric Vergne during last weekend’s Brazilian Grand Prix.

Debate and speculation has surrounded Vettel’s championship win since footage emerged of the German passing Vergne at the beginning of lap four, apparently under yellow flags. Ferrari had reportedly been ‘evaluating footage’ of the incident before confirming on Twitter it had approached the governing body.

“Ferrari has asked, by means of a letter, for a clarification from FIA regarding Sebastian Vettel's overtaking move on Jean-Eric Vergne, during lap 4 of the Brazilian Grand Prix,” the Italian squad confirmed.

The team’s approach appears at odds with the FIA’s view, which has suggested Vettel and Red Bull has no case to answer.

“If the lights are not installed on a post and the first signal a driver is shown is a yellow flag, and then the yellow flashing light, then the overtake begins at the flag,” said FIA Race Director Charlie Whiting according to Auto Motor und Sport.

“Conversely, the same goes for the green light. In Vettel’s case, between the last yellow light and the green light, a green flag was waved; the distance there is 350 meters,” Whiting added. “Vettel responded to the flag, which makes everything alright.”