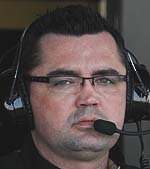 After a solid race in India, Team Principal Eric Boullier talks us through how qualifying higher in Abu Dhabi will be key to bringing home more Championship points for the team, keeping up the pressure on McLaren for third place for the Constructors title...

Talk us through your thoughts on the race in India last weekend and looking ahead to Abu Dhabi...
Eric Boullier: It was a frustrating race in India; we clearly showed some good pace there and obviously the race we were held up quite considerably. We know that with a better qualifying result and a different race situation we could have definitely brought more Championship points home. I would say that our performance in India is good for the morale of the troops before the final three races, because we know we could have taken some points from Ferrari and McLaren. That's our aim in the next races.

What's in store from the team in Abu Dhabi?
EB: I think we have some interesting developments coming for Abu Dhabi which should allow us to have more speed and even better performance from the car. Ideally this should put us in a position to have a more successful qualifying and definitely also help us in the race itself. Therefore, we look ahead to Abu Dhabi as being an interesting race for us. We will try to be in the top six for qualifying, and maintain or improve that for the race to bring some important points home.

Tell us about Romain's race in India, he's making good progress...
EB: Romain did very well in India. He stayed out of trouble making a good, clean start and then went on to have a very good race. Throughout the race he was pushing hard and made some good overtaking manoeuvres. Compared with Korea when he had to be slightly more cautious, he is now back in the mood of racing and fighting. It's good and I think he is on the way to recovery and has really shown exactly why he deserves to be where he is.

Kimi has just renewed his contract with the team, how are you feeling about it?
EB: Obviously I'm very happy that Kimi is staying with us, as we were expecting. It is nice to see that Kimi has found a home here and is happy to develop and progress with the team. It is also rewarding for us to have a World Champion like Kimi committing to us and helping the team to achieve its goal of being a top team next year. 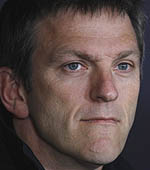 Technical Director, James Allison, gives us an overview of the current state of play with the E20, when we expect a return of the infamous Double DRS, and how there are still gains to come from the new Coanda exhaust system.

How much straight-line pace do we think we can regain for the final three races - we seem to have struggled in this area at the last two Grands Prix?
James Allison: "It is not really the straight-line pace that is the issue as we can set that wherever we like simply by choosing the rear wing setting. It is the power that we need to recover. Our first version of the Coanda system is rather power hungry. With Renault Sport's help we expect to claw back around one third of the loss in Abu Dhabi, and would be able to get around half of the loss back eventually.

How should the Abu Dhabi circuit, Yas Marina, suit the car?
JA: Yas Marina doesn't have a very wide range of corners, and in fact they are all rather slow speed. This hasn't been our favourite type of track over the season as a whole, but it is not dissimilar to Valencia and we went pretty well there.

Are there any developments and updates to arrive at this second of a back-to-back combo?
JA: We aim to introduce an exhaust pipe that keeps all of the Coanda downforce benefit, but sheds some of the horsepower penalty that we suffered with for our first iteration design.

What went wrong for qualifying in India - it looked more promising coming into the session...
JA: We were looking pretty promising in P3 with Kimi, a little less so with Romain. However, we expected to be mixing it with the McLarens and Ferraris. A small step in the wrong direction with the setup on Kimi's car, and a minor error from Romain saw us qualify a little lower than we had hoped.