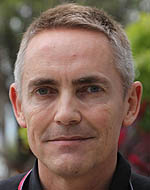 He may have signed for Mercedes next year but team boss Martin Whitmarsh believes Lewis Hamilton will remain focussed for the last six races of his McLaren career.

Hamilton won the championship for McLaren in 2008 but one has to wind the clock back to the days of Mika Hakkinen and David Coulthard in 1998 for the team's last constructors' title. After fourteen years it's a statistic Whitmarsh is keen to see change, though either championship will be considered a success.

"There's always a debate about which one is more important," Whitmarsh admitted when asked which of the two is more highly coveted. "From a constructor side and from a commercial perspective then the Constructors' Championship is more important but we are focussed on both.

"Clearly Fernando's done a fantastic job with Ferrari this year, Red Bull have done a good job in the constructors," he added. "We've had a quick car, we haven't, I think, maximised the points we should have won but we've got six races, there's 150 points available to the drivers, more for the constructors.

"I think champagne celebrations are normally more associated with the Drivers' Championship than the constructors," he continued. "We'd like both, we'd be very happy with both of them (but) we'd be reasonably happy with either of them if we had to only have one."

However while confident of Hamilton's ongoing commitment, Whitmarsh stopped short of confessing any sense of loss over his pending departure, stressing the team put a strong offer on the table to keep its protege at Woking.

"We put a lot of effort in to trying to keep Lewis," he said. "We had a lot of conversations with Lewis' management team.

"I think we made a very good and serious offer and proposition and obviously, of course, we weren't able to agree terms," he added. "Clearly he's a great asset to any race team, so we made a big effort.

"I don't think we underestimated, I think we knew that Lewis would be in demand, that's why we made him an offer. The offer we made was higher, I believe, than any other driver in Formula One is currently receiving or will receive next year. I think it was a good offer but clearly we had to look at alternatives because we recognised that there was a serious threat."

That alternative proved to be Sergio Perez. While publicly the team was courting Hamilton, behind the scenes it was in discussions with his replacement. "Obviously we considered a number of options," Whitmarsh admitted when asked why the team chose Perez over the likes of Paul di Resta or Nico Hulkenberg. "Sergio is very young. If you look at what he did in Monaco last year (It was this year, he crashed in 2011 - Ed) in his rookie year, setting fastest lap, I think that was quite an attention grabbing performance and he's obviously had some great, giant-killing podium performances this year.

"He's a very intelligent, humble individual and we think that he's got greater potential than he's shown so far."

However while some are suggesting the young Mexican will require time to get up to speed, in much the same manner as Kimi Raikkonen did in 2002 when he joined the team, Whitmarsh does not. "We hope to have a very busy winter with him and prepare him," said Whitmarsh. "I don't see why, if we do a good enough car, he can't turn up at the first race in Australia vying for a win.

"Of course time will tell on this but we're optimistic and ambitious for him next year."

And when asked if there were any regrets in the way he handled Hamilton's contract negotiations, or the outcome, the response was swift: "I don't think I have any particular regrets. I think we made a very good and serious offer and proposition," he claimed. "Obviously of course we weren't able to agree terms.

"Ultimately Lewis had to make a decision. He made one and we must now look forward."