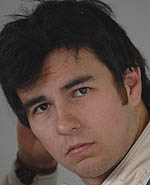 At the end of a very long and hot race at the Singapore street circuit the Sauber F1 Team was left empty handed. Having started from grid positions 14th and 17th respectively, Sergio Perez and Kamui Kobayashi finished the night race in 11th and 13th respectively.

Sergio Perez: "For us this obviously was a difficult weekend. We were struggling a lot and we never had the pace. We tried everything including split race strategies but in the end points were not within reach today. I had some good battles but it was too difficult for me to overtake. We have to improve for the next race in Suzuka and I'm sure we will."

Kamui Kobayashi: "I had a bad start with a lot of wheel spin and then for a long time my race was eventless. I haven't been in a position to attack and I didn't have the pace to do so. After the second safety car deployment I couldn't avoid touching Nico Hülkenberg. There was no space to go. For me it was a race incident. Nico said sorry when we met after the race; apparently he had oversteer, I lost my front wing and had to pit. However, this wasn't a good weekend for us but I have complete confidence we will come back strong at the Japanese Grand Prix."

Peter Sauber, Team Principal: "Both our drivers were fighting really hard, as we all could see on TV, but there was nothing more to achieve today. Without the safety car periods points might have been within reach."

Giampaolo Dall'Ara, Head of Track Engineering: "The biggest problem during this weekend was our pace. We were not as fast as we had expected. On top of this we were unlucky with the safety car. The cars on three stops could benefit from it, but Kamui had pitted just two laps earlier, and for Sergio, who was on two stops, it was at the worst possible moment. We had to fit the super soft tyres, so it was too early. We tried to leave him out to gain positions, which worked but then he struggled at the re-start, and there was a second safety car period during which we had no option but to pit him. We lost several positions there. Overall it was a difficult weekend, and we now have to draw the right conclusions."