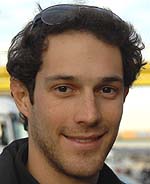 Bruno Senna could be Williams bound, if speculation is to be believed. Initial reports in the foreign media appeared in the lead up to Christmas, prompting the Brazilian's manager to confirm there were discussions on going with the Grove-based team, though nothing has been forthcoming since.

The team confirmed Pastor Maldonado would stay for 2012 in a press release in early December however there was no word as to who would pilot the second car. Until now, most have linked Force India refugee Adrian Sutil with the drive.

With only Hispania and Williams left to confirm their line-ups a host of drivers are scrambling for the remaining seats, including Sebastien Buemi, Jaime Alguersuari, Adrian Sutil, Vitaly Petrov, Rubens Barrichello and Senna - the latter four all linked with Williams.

Sutil was initially linked to the drive due to his position as the best credentialed driver who has access to funds which could assist the struggling team. According to Formula Money, Sutil earned $1.5million from his Force India contract in 2010, and is believed to have contributed $2.5million to the team in 2010 through his sponsors, a figure many suggest rose to $5million for 2011.

Vitaly Petrov has also been linked with the drive, and while the Russian doesn't have the pedigree of Sutil he does come cheaper. It's understood he raced for free during his debut season, and can boast a number of Russian multinationals willing to provide an estimated $2.5milion to secure his seat.

Like Petrov, Senna raced without a retainer in 2010 while his personal sponsorship contributed an estimated $5million. A closer look at Senna's backers reveals an interesting web of companies which could fit in well alongside William's existing partners.

On the surface it would appear that AT&T doesn't sit well with one of Senna's key backers, Embratel. However the two telecoms companies have had previous links going back in to the mid 1990's thanks to Worldcom, when the US company owned Embratel and AT&T were involved in Brazil's long-distance telecoms. Worldcom went into bankruptcy in 2004, with the Brazilian company now owned by Telmex, which has direct links with Formula One elsewhere thanks to Sergio Perez. AT&T and Embratel operate in different sectors of the telecoms industry and are not direct competitors. Likewise Banco Cruzeiro do Sul, is a Brazilian bank with financial products aimed at the consumer, while Williams sponsor Ridge is an investment company based out of Angola.

Looking at other drivers linked with the seat there are some sponsorship hurdles. It's believed Petrov can offer Russian oil however Williams already has the Venezuelan state oil company onboard, while Sutil can bring money from Medion, which is now owned by Lenovo. The computer company pulled its sponsorship of Williams in 2008.

It makes sense that Williams is in discussions with Senna, and while nothing may come of it there is clearly more than the simple question of whether the Brazilian is capable of doing the job required of him. Sponsorship in Formula One is a complex business at the best of times, and business-to-business relationships brought about through mutual investment in a team are becoming more and more common.

It is however a sad state of affairs when drivers with clear talent - Sutil should by rights be a race winner many times over - are being overlooked in favour of those with a budget. The mantra still rings true: always follow the money.