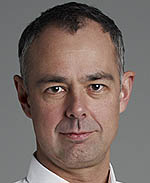 Earlier this year Virgin Racing pulled a U-turn which came out of nowhere. After two seasons running a car purely designed by Computational Fluid Dynamic (CFD) computer simulations, the team announced that it would start using a windtunnel after striking a deal to use McLaren's facilities. Virgin Racing finished at the bottom of the standings both this year and in 2010 when it joined F1 so it has clearly been on the wrong track. However, completely changing its design strategy still seemed rather drastic. It has now come to light why this was necessary.

An article in the Independent by Pitpass' business editor Christian Sylt reveals that Virgin Racing's parent company Manor HoldCo made a £35.3m pre-tax loss in the 14 months to 31 December 2010. However, what is even more surprising than the sea of red ink is the fact that the loss was driven by a whopping £17.6m payment for the CFD work to WR Technology, a company owned by the team's former technical director Nick Wirth (right). This has got to rank as one of the worst investments in F1 history given the team's dreadful results and the design U-turn which followed.

The news about Manor HoldCo's results comes from its latest accounts which were four months overdue when they were lodged at the end of November just days after the UK's business authority Companies House threatened to prosecute the company's directors for failing to file. They include Darryl Eales, chief executive of Lloyds bank's private equity division, which owns a minority stake in Virgin Racing, and Andrei Cheglakov, an investor in Russian sports car manufacturer Marussia which ultimately controls the team.

The accounts paint a grim picture of the team's finances. Its revenue, mainly derived from sponsorship and prize money, came to £30.1m - around five times less than that of a top team such as McLaren.

Its costs totalled £63m with the biggest single expense believed to be WR Technology. Virgin dumped Wirth in June and bought WR Technology's F1 arm on 1 July. The accounts state that "it is the intention of the group to move towards in house research and development projects in the future."

Virgin Racing uses debt to finance its operations with the bulk of it believed to have come from Lloyds. The team had £39.2m of secured loans outstanding including £2.5m due by the end of this year. It will be interesting to see if it meets this deadline as the accounts also state that it had £1m of external debt which was due on 20 December 2010 but was not repaid until this year.

Although the team had net liabilities of £34.9m the accounts state that it is considered a going concern because Marussia has provided funding assurances for the next 12 months. It is somewhat of an understatement to say that it has set itself a lofty goal.

The accounts reveal that the team has an objective of a podium finish in the inaugural Russian Grand Prix in 2014. If this comes to fruition it would be one of the biggest turnaround stories in the history of F1. If not, one has got to wonder how long the team will be able to continue.