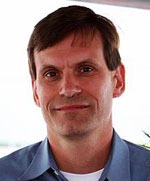 For the past week rumours have been swirling around about the future of the United States Grand Prix which is due to return to the Formula One calendar next year at a circuit just outside Austin, Texas.

First, Bernie Ecclestone revealed that there was a disagreement inside the company which owns the track, known as Circuit of the Americas. Then, on Saturday the F1 boss clarified this by saying that the promoter is at odds with the majority owners of the track and this is leading to a stalemate since it is the promoter who holds the contract for the race. Ecclestone has now thrown down the gauntlet and said that if the impasse is not resolved in the next five weeks there will not be a US Grand Prix in Austin.

The promoter is Full Throttle Productions, an Austin-based company owned and run by former F3 driver Tavo Hellmund (right) who is one of Ecclestone's long-time friends. Full Throttle has hosted a wide range of events, from NASCAR races to football matches, and in May last year it was confirmed as being the promoter of the US Grand Prix in Austin which is due to take place for ten years from 2012.

Hellmund is also believed to be a minority shareholder in Circuit of the Americas, which owns the land where the track is being built. Its majority shareholder is believed to be Texan businessman Bobby Epstein, owner of private equity firm Prophet Capital, with a minority stake in the hands of McCombs Partners, the investment vehicle of Texan billionaire Red McCombs.

At the end of September a letter sent to Ecclestone by Susan Combs, who is in charge of Texas' finances, revealed that Full Throttle has not yet transferred its race contract to the company which owns the circuit. It is understood that Epstein requested a direct contract with Ecclestone instead of going through Full Throttle. However, although the contract has been supplied by Ecclestone, it has not yet been signed.

"All they need to do is sign a contract," says Ecclestone in an article in today's Express, written by Pitpass' business editor Christian Sylt. Ecclestone adds "we told them a month ago that if it isn't signed then that is it. If they don't sign we will have to cancel at some stage in December."

This deadline makes sense since there is a World Council meeting next month which, realistically, is the final time the 2012 calendar can be changed without causing too much disruption.

In itself, Ecclestone's response seems to be fair given that, according to a letter sent to him by Combs on 31 May 2010, "full funding of the entire sanction for 2012 will be paid to Formula One World Championship Limited [F1's rights-holder] no later than July 31 2011." This sanction fee comes to $25m and it has still not been paid. As Pitpass has reported, it is understood that it is the circuit's eligibility under the Texas Major Events Trust Fund which enables the state to pay the fee.

In contrast, Hellmund also issued a statement which acknowledged that "Mr Ecclestone has been incredibly patient with the challenges here in Austin. Full Throttle Productions has worked tirelessly to bring the Formula One United States Grand Prix to Austin. It is now the responsibility of the Circuit of the Americas to make this project happen before Mr Ecclestone's patience runs out."

It seems that will happen in December.