A new simulator for Renault 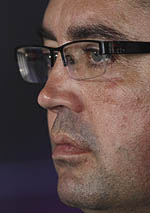 Lotus Renault GP has been given permission to build a new simulator at its Enstone HQ.

West Oxfordshire District Council has granted the British outfit planning permission for the new facility which will be situated next to its wind tunnel. Work will begin immediately and should be complete by March 2012.

"We're very pleased that planning permission has now been granted and we can begin the latest phase in our development at Enstone," said team boss Eric Boullier. "We've already stated the level of our ambition with the upgrading of our wind tunnel from 50 to 60% and the development of our new supercomputer for CFD computer simulations. The confirmation that our simulator is on the way is further evidence of our continued investment for the future."

The news comes at a time when there is continued speculation as to the team's financial state, Pitpass having heard of late paid bills from various sources. Indeed, the Enstone outfit isn't the only one struggling at this time, all the more reason to take those claims of buying a stake in F1 with a large pinch of salt. Indeed, the Utah Salt Flats spring to mind.