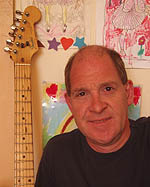 Normal people believe that if it ain't broke, don't fix it - engineers believe that if it ain't broke, it doesn't have enough features yet. Such are the number-crunching boffins who dominate and define modern F1. Gone are the slide-rule-toting, rule-of-thumb, best-guessers of the Chapman ilk; behold the new multi-degree-toting number-magicians, armed with data gathering capabilities and computing power that would have been the envy of NASA during the Apollo missions. They scrutinise, analyse, monitor, simulate, and postulate their way through their work. As I type these guys are probably calculating modifications to their cars or pitstop strategies that may yield an advantage measured in thousands of a second.

So if F1 is all about numbers now, it's time I got on board. A trawl through the results of last season and this, a few spreadsheets, the odd macro, and a bottle of fine red or two later - hey presto, I came up with what follows. I doubt it will have F1 teams (or website editors) beating down my door with job-offers but at least for once I can support some of what I say with numbers. Worrisome that I may have enjoyed this exercise to some degree! May the Lord Harry deliver me from the evils of my inner, latent engineer!

The 2011 season is conspicuous for the greed with which Sebastian Vettel harvests victories. At this stage of the year in 2010, Button, Hamilton and Webber had each won 2 races and the remaining 2 victories were shared between Vettel and Alonso. This year Sebastian's metronomic pace sees him with 6 wins, leaving Button and Hamilton a win each.

Less obvious though still significant is the improvement in classified finishers this season. The 2011 European GP is the first I can recall in a goodly long while where 24 cars were still running as the chequered flag fell (someone is sure to email me the last time it happened). So far this year, only 35 drivers have not been classified, nearly half the 2010 number of 60. Even then the 2011 figure is inflated by a couple of disqualifications, a couple of 107% rule failures in qualifying, and a DNS due to injury, none of which appeared in the 2010 number. While DNFs in the leading bunch are low in both seasons, this higher overall finishing rate in 2011 leaves fewer "crumb points" under the table after the top teams finish their feast.

Last year Seb won the world title with a total of 256 points. A mere 8 Grands Prix into this year's (now) 19 race calendar and he has already amassed 186 points, only 70 shy of his 2010 title score. Indeed after round 8 last season, he'd only 90 points to his name, less than half his total at the same time this year. He's not managed the perfect possible tally thus far of 200 point but then he's only 14 points off that magic mark thanks to finishing no lower than second in the events he so carelessly didn't win. Assuming he has at least this lead by the end of the Korean GP he could, in theory, choose to sun himself on a tropical beach instead of competing in the last 3 Grands Prix and still win the title. Little wonder that, with more than half a season left to run, Vettel's rivals are already conceding defeat.

It seems a long time ago but after round 8 in 2010, Red Bull trailed McLaren 215 to 193. With the Red Bull juggernaut currently on 295 points, 89 ahead of McLaren's 206, the numbers support the general belief that their car is the class of the field. Fans of Mark Webber are not going to love me for so saying but the truth is he's not extracted the same potential from his car as Sebastian this year. I say that in the full knowledge that there are those parochial Australians (among whom I do not number) who still cling to the vain hope that Mark is not given equal footing at Red Bull. Even if there were an agenda at Red Bull to advantage Sebastian, such is his present advantage that the team ought be working harder to ensure Webber harvest maximum points since the constructor points at season's end determine the apportionment of Bernie's revenues back to the teams. In other words, handicapping Webber, as some have suggested is the case, equates to taking money out of their own bank and setting fire to it. I, for one, doubt Christian Horner is that stupid.

In fact I'm compelled to digress from numbers for a moment to address the eternal issue of driver parity within teams. Whensoever a race team has two or more drivers, this hoary chestnut arises. It is, after all, a motor sport axiom that drivers must first best their team mates in order to justify themselves to their own egos. Regard Johnny Herbert at Benetton in 1995, paired with Michael Schumacher. Johnny felt then, as he seems to this day, that Michael got a better deal. I respect Herbert immensely for his nuggetty comeback from the kind of crash that would have ended most sporting careers. But the ugly truth is that he was not as fast as Michael. Put yourself in the shoes of the team boss. You have a guy who is faster than his team mate and only one new red-hot bit to use. Do you give it to the slower guy to show how fair you can be or the faster guy to get more points and therefore more money? It's a little like asking if you'd prefer to eat fillet steak or broken glass isn't it?

With 129 points to date in 2011, Ferrari is 77 adrift of McLaren and indeed 32 points behind their own count at this time last year. Ferrari seem to be paying heavily for their inability to consistently take points from McLaren.

For the uninformed, The Scuderia went into the last race of last year with Alonso leading the driver's title. Chris Dyer was singled out and "re-deployed" as a result of a bad strategy call that cost Fernando his title but with the way 2011 is unfolding, perhaps that has not been a prudent move?