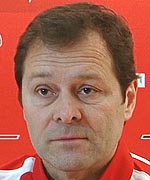 There are many changes regarding the regulations for 2011. Which are the ones with the major impact on the F150 project?
Aldo Costa, Technical Director: The major aspects with the most impact on the project were connected to the aerodynamic development. The car will change a lot. The double diffuser, the F-duct, is gone. The driver can't change the car's aerodynamic set up anymore. The underbody won't have any ‘holes' in the central part anymore. This is a fundamental change. The rear wing will be movable, so that the driver can overtake the car in front of him and use it in the qualifying according to his needs. The KERS is back. Although we've improved its size, it's still quite big. Therefore the technicians had to redesign the car's layout. There are also new safety rules. We participated in the changes the Federation made to improve safety on the track, which is always extremely important.

Would you say that this car is more of an evolution or a revolution compared to last year's single-seater?
AC: Due to the new rules the car should be a proper cut compared to the previous one, with new concepts and lines of development. As far as the looks are concerned the rules keep them quite unaltered. The cars look like the ones from last year, but from a technical point of view they will be really different.

How will the F150 as we see her here today will evolve over the next weeks?
AC: The car's evolution has been planned with two big stages: one during the winter tests, where we will mainly develop the area of the mechanics, which means that the car's structure, the chassis, the gearbox and the suspension will remain the same for the first couple of races. The aerodynamics is simplified and temporary for the first tests, waiting for the real aerodynamic development for the first race.

According to you, which were the most demanding challenges regarding this project?
AC: Starting from scratch with the car's rear, because the double diffuser and the F-duct are gone and there have been some clarifications regarding the car's underbody: these were the main challenges and why we had to start from scratch rethinking the whole project.

This year there is a new provider regarding the tyres: to what extent are the Pirelli tyres still a question mark.
AC: The project and the evolution of these tyres happened in a very short time frame: Pirelli had only a couple of months to develop the tyres. I think they've done some really good work, but there's still a lot to do. We have to test several compounds, while we are already in a good and reliable condition as far as the tyres' construction is concerned. There's still a lot to do and it's a very important issue. We have to use the winter tests as good as we can to set up the Pirelli tyres.

How do you get ready for the debut on the track?
AC: The structure and the method have progressively changed over the last years at Ferrari: we were used to many miles on the track. But now we only have 4 days in February. There is no time to resolve fundamental problems as far as the car's reliability is concerned. Therefore this work has to be done on the test stand. That's why at the moment we're testing the car's substructure on the test stand, checking its functionality and weariness, so that we can go on the track with a reliable car.

Personally, do you feel obliged to win?
AC: A short question needs a short answer. One word is enough: Yes.