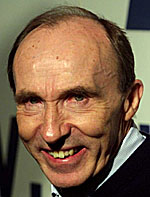 Williams has today issued the following:

The Williams F1 team acknowledged the FIA World Motor Sport Council decision to introduce a budget cap for 2010 at its meeting on 29 April 2009.

Frank Williams said, "Williams has supported the introduction of a budget cap since the idea was first put forward early in 2008. Since then FOTA has made tremendous steps forward on costs but the rationale for a budget cap has also grown even stronger.

"We would like to see all the teams operating to one set of regulations and under a budget cap in 2010 and that is the position we will be advocating within FOTA when we meet next week.

"We understand that this will represent a serious challenge for some of the teams but we expect that FOTA will work together to find a unified and constructive way to take the FIA's initiative forward."