Theissen: We are not there yet 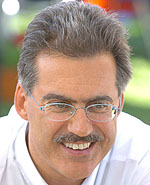 Speaking less than a day before the 2008 season kicks off, a season in which his team is expected to make another significant step forward, BMW boss Mario Theissen has warned against over confidence, admitting that he doesn't expect his team to be in a position to challenge for a race win until much later in the season.

"Our target is to continue on the steep slope we had in the past two years and to get closer to the two top teams and win a race this year," he told reporters in Melbourne. "And if you ask me about that, I would say we are not there yet."

In pre-season testing there were a number of reliability issues together with complaints regarding the handling of the F1.08, and while the German outfit is confident that many of the problems have been ironed out, Theissen is urging caution.

"I don't expect us to be in a position to win a race early on in the season," he admitted, "but we still have the target to get there in the course of the season."

Referring to the pre-season problems, he said: "The suspension issue was sorted out almost immediately, after the second test we had a solution. The aero situation turned out to be much more complex and it was not one big thing to be resolved but a combination of several steps to be taken. All these steps were interdependent, so that's why I said we learned a lot in the past weeks and there is more to come.

"It is quite clear that we have taken a major step with the new car, one could even say a conceptual step.," he added. "You have to take a bigger step and that always means a bigger risk as well. Looking back, I had hoped the car would be quick right away, but we wouldn't do anything different if we had to do it again."