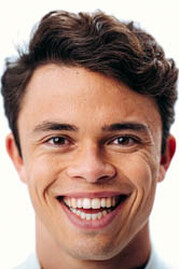 He made the move up to single-seaters in 2012, spending the next three seasons in various Formula Renault 2.0 series, claiming both the Eurocup and Alps titles in 2014, before moving up to Formula Renault 3.5 the following season and finishing P3 in the standings.

GP3 was next up and Nyck claimed two victories across the season, before moving up to the next ladder of the F1 support bill, Formula 2. He split his rookie season between Rapax and Racing Engineering, claiming one win and four further podiums.

After showing promising signs in that first season, he moved to Pertamina Prema Theodore Racing for 2018 and finished P4 overall with three victories.

He also started competing in endurance racing in 2018, in the LMP2 category of the FIA WEC with Racing Team Nederland.

Nyck remained in F2 for a third season in 2019, moving across to ART Grand Prix, where he scored four wins and claimed the drivers’ title with one race weekend to spare.

He also remained in the FIA WEC and competed in the 24 Hours of Le Mans.

Towards the end of 2019, Nyck made his Formula E debut with the Mercedes-Benz EQ Formula E Team and showed impressive glimpses during a challenging rookie campaign across the 2019/2020 season. He claimed one podium finish and finished P11 overall.

He also raced in the 2020 European Le Mans Series with G-Drive Racing.

For 2021, Nyck remained in Formula E with Mercedes and, in a hugely competitive season, emerged as World Champion after scoring two victories and two further podium finishes. He also moved up to the role of reserve driver for the Mercedes F1 team.

Continuing in his role for Mercedes in Formula E and reserve driver in F1, Nyck was 'loaned' out to Mercedes-powered teams for a number of FP1 sessions over the course of 2022, including Williams in Spain.

At Monza, for the Italian GP, he drove the Aston Martin in opening practice but was subsequently called up by Williams to replace Alex Albon for the remainder of the weekend, the Thai driver having been sidelined by appendicitis.

In a debut Hollywood couldn't have scripted better, Nyck qualified 13th - but was subsequently promoted to 8th due to driver penalties - and drove a masterful race to finish ninth, in the points.