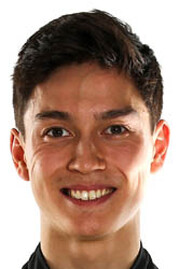 Jack's motorsport career got underway at the famous Buckmore Park in Kent, aged 7.

His single-seater career began in 2012 in the Dunlop Intersteps Championship with Fortec Motorsport, where he finished third in the overall. His first taste of Renault came a year later when he claimed runner-up spot in the Formula Renault NEC series.

2014 saw him move up to compete in the Formula Renault Eurocup, where he bagged one victory - in Hungary - on his way to seventh in the championship.

His breakthrough season came in 2015 as he scooped a hat-trick of championship titles. He first clinched the Pro Mazda Winterfest crown in the USA during the late winter months before storming to the Formula Renault Alps title courtesy of four wins. He capped off a memorable season by claiming the highly-competitive Formula Renault Eurocup championship with eight podiums, five of which were victories, earning him a spot with the Renault Sport Academy.

In 2016, Jack began his maiden season with the Renault Sport Academy driving for Arden International in GP3. Despite a difficult start to the year, adapting to the bigger cars and new tyres, he finished the season in fifth place and was the driver to beat in the second half of the season. In fact, from the final nine races, he failed to finish on the podium just twice, taking his first GP3 win at Spa-Francorchamps.

Jack added more podiums to his tally at Spa and Monza to remain in the title hunt, but he ultimately fell short of winning the championship at the penultimate round in Jerez before ending the season in Abu Dhabi with a frustrating outing.

He tested Formula 1 machinery for the first time in September, getting behind the wheel of a Renault-powered E20 at Jerez.

Jack remained in GP3 for 2017 and switched to French outfit ART Grand Prix. He blitzed to a dominant pole position at the season-opener in Barcelona, but technical issues hampered him in the races. He brushed that aside by claiming back-to-back second places at the following rounds in Austria and Great Britain. In Hungary he took 31 points from a race weekend - the first GP3 driver of the year to do so - when he won from pole and stormed to the fastest lap around the Hungaroring. He ended the season 5th overall.

On 20 February he was named as third and reserve driver for the Renault F1 team alongside his duties in the F2 championship with ART Grand Prix.

Jack took his first victory in the Barcelona sprint race, however that was pretty much as good as it got. Finishing 4th in the feature race in Hungary he ended the season 11th overall.

Remaining at Renault in 2019, albeit now as test driver, Jack continued in F2 but switched to Campos.

Speaking at the launch of the RS19, Renault team boss, Cyril Abiteboul said of Jack: "He's in his third year with us and we are continuing to invest in Jack. He was very close to winning GP3 last year, and we are happy to continue the journey together. Formula 2 will be another year where it's going to be competitive, it will be interesting to see what he is capable of achieving."

He took his first win of the season - and Campos' first win in F2 - in the Azerbaijan feature race. He also won his home sprint race at Silverstone and the Monza sprint race.

At season end he was 5th in the championship.

In addition to the post-Bahrain GP test, Jack drove in the post-Spanish GP test, posting the 6th best time of the day.

On 4 January, 24 hours after revealing that he had parted company with Renault, Jack was revealed as Williams official reserve driver for 2020.