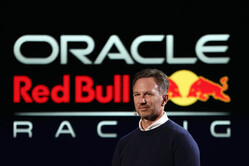 Trust me like the Ghost of Christmas Past, and with your Scrooge mind-set aglow let us fly to the past to see if once more it can provide guiding lights to the future. Hang on to your nightshirt because here we go once more on a manic Pitpass flight of fancy. Our goal? To explore just why Inspector Hound and the FIA Forensic Bean Counters cannot confirm how many beans make five...

We start with a visit to The Amazing Lehman Brothers! No, not a trapeze act, rather an investment bank founded in Montgomery, Alabama in 1850, 172 years ago, by three brothers Henry, Emanuel, and Mayer. Prior to investing they plied a number of trades that over the course of a century saw them become a major investment firm employing more than 25,000 staff, handling massive amounts of money. This all ended in September 2008, 14 years ago, when the firm filed for chapter 11 bankruptcy. Their investments in the sub-prime mortgage domain, of highly questionable value, collapsed. The movie The Big Short tells the story in marvellous fashion, including some very amusing monologues to camera explaining all the financial instruments that (mostly) legally caused the American sub-prime mortgage crisis, tipping planet Earth into the Global Financial Crisis.

Allow me a touch more financial background dear reader, then we will swoop with our usual grace back into the F1 universe...

September 2007, and Lehman's post a modest $487 million quarter profit, while the two much larger banks, CitiGroup and Merrill Lynch, post $5.1 and $1.97 billion losses respectively for the quarter. Zip forward to June 2008, and Lehman's announce an unexpected $2.8 billion loss for the quarter, causing their share price to dive 75%. They quickly borrowed $6 billion (pocket money) while divesting assets to try and remain afloat.

August 2008 and Lehman's announce 1,500 staff have been released... September and a massive $3.9 billion dollar loss for the quarter signals Lehman's is cooked. Filing chapter 11 bankruptcy on Monday 15th September (which in the USA allows you under strict conditions to trade your way out of insolvency) Lehman's reveal $613 billion of bank debt, and $155 billion of bond debt. That's total debt of $768 billion US dollars! F1 budget cap, look at those numbers and weep!

On March 11 2010, nearly two years later, Anton R. Valukas, the court appointed forensic accountant (examiner) published their report. The report, among many dry facts, highlighted Lehman's had used a technique they called Repo 105 whereby assets were briefly sold for cash to inflate the books just prior to publishing the accounts in order to make the accounts look better. The amount they used for this activity? Usually around $50 billion US. Each quarter playing with $50 billion to look good! Goodness, by those standards a $145 million budget cap looks like an embarrassing drop of pocket change into a charity box.

In theory, if malpractice could be proven then former CEO Richard S. Fuld Jr. and the accountants for Lehman's, being Ernst and Young, were in deep water, looking at massive fines and jail time... Yet the SEC (Securities, and Exchange Commission) did not take the matter to court, because, as they said they could not prove any laws had been broken!

Thousands of staff losing their jobs, billions and billions being played with each quarter, a final debt edging towards one trillion dollars, yet the US Government (they are quite large, and well-resourced you know) did not believe they could get a conviction!! Wow. Breathe dear reader, the Ghost of Christmas Past has yet to glad hand you to the Ghost of Christmas Yet to Come.

Please... with drum roll, welcome to the high wire and trapeze, the arch joker of F1, Christian Horner! Toto, among others, have been real mean to him recently. Each time Christian pulls on his tights before his underpants and slides slowly, inch-by-inch across the F1 tight rope they howl with glee that he is about to fall, because they know he is going to fall. Gravity and all that.

Yet in the financial universe it is not Miss Physics and her tireless Quantum chums applying The Law without fear or favour. No, it is spreadsheets, calculators, ledger columns (well actually ERP systems these days but don't get me started) ... and... drum roll again please maestro... Accountants and accounting guidelines!

Last year (July, and August) I offered up Just Numbers in my Magic Square, and Cash on Delivery as two reasoned opinions on how the entire cost cap adventure was going to play out.

I've spent much of my career involved in accounting torture with various departments of defence around the planet. Large amounts of money, expensive shiny toys... The accounting is a nightmare. I've also been involved with confusing R&D tax off-set submissions to the Australian government. A process that can turn the hottest heart cold, blood to ice, and brains to cat food.

Toto has a huge multi-national organisation with dozens of global subsidiaries on which to call, while Christian only has a few corporate entities within which to hide hollow logs stuffed with cash. Toto is not stupid, he knows this. Christian is not stupid, he too knows this. Thus battle has been engaged in the universe of spreadsheets and the FIA accountants. These two being long time battlefield adversaries, as keen and cheerful as the Black Knight to unsheathe broadsword and stride into battle. This time on the far flank it is the phalanx of chartered accountants whom they wave forward into the melee.

To briefly recap concepts from my previous two articles; consider the following scenario... Read carefully, since there is a single exam question for you at the end of our night-flight with the Ghost of Things Yet to Come... (also, as a disclaimer, I'm not saying Red Bull has done any of this, it is simply a thought exercise between us, so whisper please dear reader, whisper).

The Ghost of Things Yet to Come sweeps us over Milton Keynes, and in our spectral form we witness a story unfold. Red Bull Racing requires a new turbo unit. They tell Red Bull Powertrains that to remain within the cost cap they can only pay $1,000 per turbo. Red Bull Powertrains tell them: "Not to worry, leave it with us."

Red Bull Powertrains promptly ask their Honda consultants for "some hours" of reflection on turbo units, but as they are only going to sell ten to Red Bull Racing over a season the total cost cannot exceed ten times $1,000, being $10,000 in total. "Not to worry, leave it with us," says Honda consulting.

Honda consulting ring Honda HQ Japan, explain the situation and ask how much turbo research they can have for less than $10,000. "Not to worry, leave it with us," says Honda HQ.

Honda HQ Japan ring HKS (top quality Japanese turbo manufacturer) and ask what goes for $10,000? HKS say (sing it with me): "Not to worry, leave it with us!"

HKS ring a leading Tokyo university, state the need for urgent PhD research on ceramic turbochargers, and say the folk performing the work can have one year placements in the company and that HKS will establish a $125,000 per year engineering research chair at the university as long as the university will co-fund. "Not a worry, leave it with us!" says the university.

The university calls the Tokyo city government and asks for co-funding of a research chair which will be part-matched by the HKS engineering company. "Not a worry, leave it with us!" chime the city officials, very much used to this sing-along.

Puff of smoke, wave of ghostly hand, rewind the line of action... So! The Japanese federal tax payer, the Tokyo city rate payer, Tokyo University, HKS engineering, Honda Corporate HQ, and Honda Consulting all tip-in a few dollars (cough), and a few months later present Honda consulting with a remarkable turbo solution. Honda consulting model it on a high-end super computer, tweak a decimal or two, then present a solution to Red Bull Powertrains, along with an invoice for $3,000 representing "consultancy services".

Red Bull Powertrains look at the pretty pictures on a large screen in 3D, agree it is clearly a turbocharger and purchase $5,000 of ceramic base material. Whizz-bang, build ten turbo units.

Red Bull Racing carefully record the cost of the turbochargers in their accounts for the tax office and the FIA. $10,000 for ten turbos, as per tax invoice. All recorded at the boundary as per FIA direction.

Dearest reader, your exam question is this. What did each turbocharger really cost? Go on... what dollar figure would you print on the price tag? Seriously what is the real cost of each turbo, and what is the measured price of each turbo? Where do you place your measurement point?

As Miss Physics will tell you from lessons in her Quantum universe, measurement impacts behaviour. Trust me the ghosts of Christmas Past and Future are backslapping one another while chuckling away as they say in unison, "When will they ever learn?"

Trying to agree the correct unit cost of each turbo is impossible. The accountants at each level in our mighty pyramid of technology can "prove" the input and output costs of their business unit. I've not even touched on the world of setting up tax off-sets, formal government incentives to industry, reduced land tax for corporations, and other government supplied free gifts. You name it. So many ways the real cost of a produced unit can never be known. So we have definitions, bounds, taxation assumptions, and so much more. The accountants ensure the relevant guidelines, accounting practices and laws have all been applied for their legal region. Yet as none of this has the slightest to do with Miss Physics and her universal laws it is all open to interpretation, argument and ambiguity.