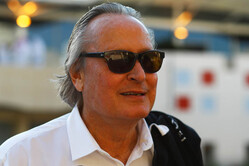 McLaren has revealed that Mansour Ojjeh, a significant shareholder in the company since 1984, has passed away.

Ahead of a full statement, the team issued this brief release in the hours ahead of today's Azerbaijan Grand Prix.

"It is with deep sadness that McLaren Racing announces the death of Mansour Ojjeh, shareholder of McLaren since 1984.

Mr Ojjeh passed away peacefully this morning in Geneva, aged 68, surrounded by his family.

All at McLaren Racing mourn his loss together with his family, to whom the team sends its most heartfelt condolences."