I should have listened to the drivers, admits Steiner 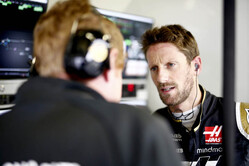 Having finished fifth in the 2018 standings, Haas anticipated challenging Renault for fourth this season.

However, while the French team has slipped to fifth, and could yet be overhauled by Toro Rosso, the American outfit is set to finish ninth, following its worst season since entering the sport in 2016.

While its season got off to the worst possible start, with Romain Grosjean suffering an unsafe release in Melbourne, just twelve months after the team suffered a double DNF for exactly the same reason, teammate Kevin Magnussen came home an impressive sixth.

The upgrade introduced in Barcelona effectively kick-started the American outfit's season, but shortly after the team's performance began to fall apart, though usually strong on Saturdays, come race day Grosjean and Magnussen would quickly slip down the order.

With the drivers unhappy with the car, the team went through a period of running one driver with the upgrade and the other without, before finally dropping it altogether.

Admitting that 2019 has been a "tough year", team boss Guenther Steiner reveals that one lesson he has learned is that he should have listened to his drivers.

"It was obviously a tough year for us in our fourth season," he admits. "You learn and, overall, we're pretty strong anyway. We had to learn some lessons to get better.

However, according to the Italian it wasn't all bad.

"I would say there is a silver lining," he says. "We started to react during the summer break to work on the 2020 car, to try to avoid the mistakes we've made this year. We don't want to repeat them. We're just moving forward, analysing and working hard on the 2020 car."