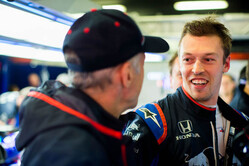 The AMG F1 W10 EQ Power+ continued to prove its reliability as the team accumulated a total of 182 laps at the Circuit de Barcelona-Catalunya. Both drivers completed race distances in the new car, as the team continued to work on its aerodynamic programme and systems checks.

Valtteri Bottas: Similar to the last two days, we did some more aero measurements in the morning. After that we completed a full race distance for the first time in the new car, 66 laps in a row without any issues. We're learning more and more about the W10 and it again felt better than the day before. There's still room for improvement, but we're making progress every day.

Lewis Hamilton: We got a lot of mileage in again today, both Valtteri and myself completed a whole race distance, so it's been a good day for reliability. We have been digging deep, trying to understand the car, pretty much the same as the beginning of every year. I love that challenge of coming back each year; getting into a new car is like meeting someone new - you don't know the good and bad and the journey you go on with that car is a real privileged position. It's crazy to think this is my seventh season with the team, and this looks like it is going to be the most challenging year of our partnership so I'm super excited. I love racing so nothing really changes there.

James Allison: Both drivers completed trouble-free race distances today and it was another very productive day for us in terms of knowing how hard we can lean on the tyres in these conditions. It's all part of building the foundation for the week that will follow and it's good to have those race distances tucked away so early in the test, leaving us able to focus a little bit more on performance tomorrow, but most of that work will come in the following week.

Sebastian was back behind the wheel of the SF90 for the third and penultimate day of the first pre-season test. The German completed 80 laps in the morning and a further 54 in the afternoon, thus completing the planned distance on the programme ahead of schedule. So far, the SF90 has done 460 laps here at the Barcelona-Catalunya Circuit.

Set-up work. Once again, the morning session began with a first run to check all the car components were functioning properly. Then the team got down to set-up work and evaluating tyres, simulating various phases of a race. Vettel set his fastest time a bit before the lunch break, stopping the clocks in 1:18.350.

Here is what Sebastian said at the end of the day: "It was good to be back in the car today and put some more mileage under my belt. Again, we had a busy day and managed to complete our programme, which included a few new items, compared to Monday. We tried a few things around also focusing on set-up and I can only confirm the positive impression I had on day one. Having now put 303 laps in the bag I feel comfortable to say we are satisfied with how the car is progressing."

Charles Leclerc will be driving the SF90 again tomorrow.

Day three of the first 2019 Formula 1 pre-season test saw Max back in the RB15 for another productive day's work. Max clocked a healthy tally of 109 laps as the Team began to push on and really explore the capabilities of the new car. Following a series of aero tests in the morning, Max moved on to longer runs in the afternoon.

"I think today was really positive," said Max. "Whenever you do more than 100 laps at a test, that's a good day. I'm happy with the way we're working together with Honda so far, it's very focused and everybody knows their job. What's most important is that we have completed a lot of laps and investigated many set-up changes. With different regulations, you have to understand what direction to go in and that's exactly what we're doing. So far, it's difficult to judge where we are compared to the other teams - we'll find that out in Melbourne - but at the moment the car feels good."

"For the first two days of the test, we were concentrating on accumulating mileage but today we switched focus and began to work on car set-up," added Head of Race Engineering Guillaume Rocquelin. "Today, we switched to a different rear-wing that is more suited to this circuit. That put us in the right ballpark for this track, and allowed us to get a better understanding of what the car can do. We made a lot of set-up changes throughout the afternoon, performance improved and we're quite happy with how we ended the day."

Pietro Fittipaldi was back at the wheel of the Haas VF-19 Wednesday at Circuit de Barcelona - Catalunya having ended Tuesday's running with a brief 13-lap outing in relief of Kevin Magnussen. The Brazilian made a prompt departure from the garage at 9 a.m. local time to make the most of his half-day program at the 4.655-kilometer (2.892-mile), 16-turn track, with Romain Grosjean scheduled to drive in the afternoon.

Fittipaldi enjoyed a solid morning racking up 41 laps cycling through the C2 and C3 tire compounds from Pirelli. An ignition-coil related issue forced a temporary halt to proceedings, but a short-stay in the garage to fix the issue was followed by seven more laps, this time on the softer C4 rubber. Fittipaldi's fastest lap followed, a 1:19.249 - good for sixth overall by the end of his stint.

Grosjean strapped in after lunch, but a repeat of the earlier electrical issue saw the Frenchman parked up inside the garage for two hours having been forced to stop the VF-19 on his opening run. Despite this, the final couple of hours produced plenty of mileage for Grosjean, starting with a run on fresh C3 rubber which netted his quick lap of 1:19.060, placing him 7th from the 13 drivers on-track Wednesday. With the team opting for long distance running to close out the day, Grosjean recorded a total of 69 laps by the checkered flag.

In a change to the scheduled order, Grosjean - not Fittipaldi - will drive Thursday morning with Magnussen concluding the opening week of testing in the afternoon.

Pietro Fittipaldi: "It was a really productive morning, we ran a lot of laps, which is the most important thing in the first week of testing. We went through a big run-plan to test a lot of things on the car. We found some interesting things. It was good for me to get back into the car. Last year in Abu Dhabi, I didn't get a full day in, but I felt like I adapted quickly. Running that little bit yesterday was also very helpful. It was like a shakedown. We had to adjust the pedals after Tuesday's run, so it was good that it could be done overnight, we didn't lose any time today doing that. I'm happy with my run, the pace was decent, but more importantly, we ran a lot of miles."

Romain Grosjean: "It's not been a bad day to be fair. Yes, we came back a couple of times on the flatbed truck having had to stop the car on track, but that's part of testing, it's finding out what the limitations are, and what we can do better on the car. It's not ideal, and we'd like to do more mileage, but the more we drive, the more we find the car is getting better. The feeling in the car is good. Positive steps have been made since I ran on Monday, and I was already happy then, I'm even happier now. We're getting there. I'm quite pleased with all the work that's been done."

Guenther Steiner: "It was a pretty good morning of testing for Pietro (Fittipaldi), he got a lot of laps in. We had a small issue, but he got going again and carried on with our program. He did a good job. It's quite amazing as he comes into this environment, with everyone watching, and delivers a mature performance in testing. Our thanks go to him for the job he's done. The rest of the day saw us with a few too many stops out on the track. We need to get rid of these failures. We got a good amount of mileage in at the end of the day though. We keep on learning, but we want to fast-track the process to get us ready for the Australian Grand Prix."

Carlos clocked up a further 90 valuable laps today, in his second outing in the McLaren MCL34 on day three of pre-season testing.

The morning's running started at around 11:00, as overnight set-up changes meant preparation of the car took some time to complete. However, once out on track, Carlos quickly got up to speed before the mandatory lunch break halted proceedings. After lunch, the team once again returned to longer runs with pit-stops in the afternoon session.

Carlos Sainz: "Today was a bit more of a challenging day as we made a few changes on the car overnight, which delayed our start while we finished preparing everything.

"However, we still managed to complete almost a race distance, and we've already seen the benefits from that in the information we've gathered.

"We picked up valuable data from the longer runs especially, and now we hope we can continue with some smooth running for Lando tomorrow on the final day."

Gil de Ferran, Sporting Director: "We had a lot of work to do overnight, hence the slightly later start this morning.

"Nevertheless, it was another productive day in which we were able to complete 90 laps, including a number of long runs.

"The learning continues, the work continues, and the whole team is putting in a lot of hours to ensure we maximise our track time."