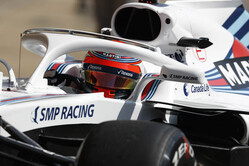 Prior to the horrendous rally accident in early 2011 which almost claimed his life, and certainly appeared to have ended his career as a racing driver, Robert Kubica had contested 76 Grand Prix over the course of 5 seasons, and with a win (Canada 2008) under his belt and a Ferrari contract for 2012 in his back pocket, things were looking good for the man widely tipped as a future world champion.

It has been a long, hard journey since, but in just under two months, against all the odds, the Pole will line-up on the F1 grid again, however, the 34-year-old warns that nobody should be expecting him to pick up where he left off in 2011 - his rally crash coming days after posting the best time in pre-season F1 testing - as he will effectively be starting again from scratch.

"In Australia, I am more like a rookie driver than one who has already done five seasons," he tells Motorsport.com. "The reason is because F1 has changed so much.

"F1 has always been changing," he continues, "and if you compare the cars from the start of the 2000s to the end, they are completely different.

"I have to work hard and I'm looking forward to the challenge," he admits, "but also I'm looking forward to finding the natural way of driving that I had in the past, when you are in the car often, racing every 10 days or so. Everything should come as naturally as possible, you don't have to look for it and it's all natural.

"What is helping me is that I lived this sport on such a high level, so I experienced what it means to be an F1 driver and what it means to race against the top drivers. I hope that this experience will help me to achieve the levels which I would like to and this is the goal.

As for those unsure of his ability and whether he can still be competitive, he responds: "All I care about is my job and what I am doing, there will always be someone judging you and in different ways."