UK-based F1 teams state funded to the tune of £100m 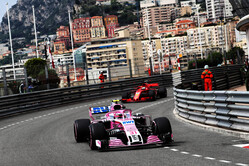 It might seem hard to believe, but F1 teams based in Britain are being given taxpayers cash merely for doing what they do, building racing cars.

According to the Daily Telegraph, since 2012, six of the UK-based F1 teams have received £112.2m ($145m) from H.M. Revenue & Customs (HMRC) courtesy of the Research and Development Expenditure Credit (RDEC).

The RDEC means that HMRC refunds 12% of a company's spending on research and development, either in terms of reducing its tax bill - assuming it makes a profit - or a cash payment if there is no tax to pay.

With F1 teams' success measured by their results on track as opposed to profit, they usually have low tax bills as they spend almost all their money in a bid to boost performance.

The RDEC was first introduced in 2000 for small and medium-sized enterprises (SMEs), companies with a limited income and turnover. However, this was extended to larger companies in 2002, the criterion being that they have less than 500 staff.

"It is outrageous that these teams and this industry, owned by billionaires and multinational companies, are receiving these generous handouts from the public purse," said Labour MP, Margaret Hodge, who heads a cross-party group focusing on responsible taxation.

"The Chancellor will soon present his next Budget and he should use the opportunity to reform RDEC so that it can't be used as another scheme for already successful and wealthy business people," she adds.

Of course, the teams are doing nothing wrong or improper, they are merely taking advantage of a situation that has been handed to them on a plate by the taxman.

"Year on year Force India has spent a greater proportion of its entire budget on R&D, which was illustrated by its on track performance," said a spokesman for Force India. "This explains the fact that the team received the largest R&D tax credit."

"Last year we discovered that Formula 1 paid a meagre £5.2 million in corporation tax on a massive £372.3 million profit in 2015," says Hodge. "Now we find out that F1 teams are receiving more than £100 million in public money."

While a spokesperson for HMRC insists that it "does not comment on identifiable individuals or businesses", the fact that taxpayers money is being given to race teams to do what they do - build racing cars - is absurd, for it's not as if the teams' R&D is being used for the benefit of general society. Indeed, at a time the sport's powers-that-be, and some teams, are calling for a budget cap, the knowledge that 12% of your R&D budget will be paid back in cash encourages teams to spend more.

Furthermore, at a time race fans in the UK face the real prospect of losing the British Grand Prix after next year's event, it seems wholly wrong that while the government will not step in and help save the event - for fear of the public outcry - it will willingly hand over £112.2 in taxpayers cash to teams based in the UK, but that race under foreign licences, merely to do what they do.