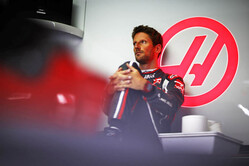 The 13th round of the 2018 FIA Formula One World Championship began with practice Friday at Circuit de Spa-Francorchamps as teams returned in earnest from the FIA-imposed summer shutdown to prepare for the Belgian Grand Prix on Sunday.

Both drivers performed the same program in FP1, beginning on the Pirelli P Zero Yellow soft tire before transitioning to the Red supersoft. Grosjean's quick time of 1:46.387 came on his 11th lap shod on supersofts. He ran a total of 20 laps and was the 12th-fastest driver. Magnussen's best time was a 1:47.012 on his 15th lap, also on supersofts. He ran 21 laps and posted the 17th-quickest time.

Grosjean reported a degree of inconsistency in the car, but noted an improvement when he switched to supersofts. Magnussen fought oversteer for most of the session, but also mentioned a general lack of rear stability.

With the information gleaned from FP1, teams went to work in FP2, where lap times dropped significantly.

Grosjean wrapped FP2 as the 12th-quickest driver with a time of 1:45.817, which was .57 of a second better than his best lap in FP1. His quick time came on the 10th of his 29 laps on a set of supersofts. Magnussen knocked .934 of a second off his FP1 time with a lap of 1:46.078 to climb to 14th overall. His fast lap came on his 13th tour, also while utilizing the supersoft tire and emulating his teammate with 29 laps completed.

Both drivers noted an uptick in performance, and together with their engineers, discussed the requisite changes that would lead to further improvement in Saturday's final practice and qualifying sessions. However, rain is in the forecast, forcing teams to prepare for both wet and dry running.

Romain Grosjean: "We were consistent, but not as fast as we wanted, so there's a lot of work to be done. We'll look to get a better performance for qualifying. The race looks a bit better, which is always encouraging. Being here at Spa is always amazing. Driving this circuit, it's very special. We got away with no rain today, so from that side, it's been a happy day. It was good to have a break and have some time with the family, but it's good to be back in the car. I missed it."

Kevin Magnussen: "It's been nice to get back in the car again, especially around here at this track in Belgium. It's great fun to drive. It wasn't as good a day as we'd hoped for. I think we have some work to do, but I don't think it's too bad. I think we can make up for some of it tomorrow. I'm confident we can make steps forward, so we'll see how much we can progress. We have a few new parts here, and I think we can get more out of it. Let's see how we go tomorrow."

Guenther Steiner: "They weren't perfect sessions today, but we are working to make it better - to find the right balance between downforce and drag. By no means are we happy with what we did today, but there's another day tomorrow, and we will work on it."