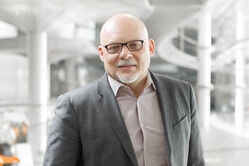 "After a great deal of careful thought, I have decided to move on from McLaren, a company I have loved and served for 10 sometimes wonderful but occasionally difficult years," said Bishop. "It was a tough decision, but it was the right one: the time is right.

"Being offered a McLaren job in the autumn of 2007 was a dream come true for me - and, although the past 10 years have been characterised by a huge amount of extremely hard work, I have enjoyed them enormously.

"I have had the privilege of working with a large number of truly exceptional people, including three world champions [Lewis Hamilton, Jenson Button and Fernando Alonso], and I am indebted to all my colleagues, past and present, for the inspiration and support they have given me throughout my time at Woking. I wish them every success in the future.

"But, as I say, the time is right, now, for me to move on from McLaren. The recent changes in the ownership and leadership of Formula 1 have made it an even more exciting business in which to work, and, desirous as I am to broaden my professional outlook on the sport I love, I intend to pause, reflect and take stock, before examining what exciting new challenges I may be able to take on."

"Matt's contribution to the development and improvement of McLaren's communications, PR and digital/social media offerings has been enormous," said Zak Brown.

"He's a good guy, and will be missed," Brown continued. "But I always respect ambition, and recognise that Matt's opportunities in Formula 1 are many and varied. Given the exciting changes in our sport, I can understand his desire to pursue such opportunities, and to that end I, and all at McLaren, wish him well."

Bishop, aka 'The Bish' - or Sandy here at Pitpass - was recruited to Woking by no less a person than Ron Dennis, having previously established F1 Racing as one of the world most respected monthly racing magazines.

Though a loss to McLaren it is unlikely that he will be twiddling his thumbs for long and while Brown may well have secured him a role with the ever expanding Motorsport empire, perhaps a book or two would better fill Sandy's time.