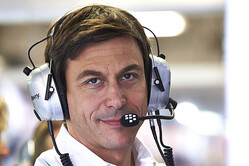 Just hours ahead of the opening practice session for the Singapore Grand Prix, the FIA has revised its restriction on team radio communications.

Consequently, while messages concerning the driver's performance remain banned, the restrictions on car performance will be held over to next season.

The decision to hold off on the ban on car performance is the result of teams bosses expressing concern that the rule had been introduced at too short notice. Furthermore, whilst it was felt such a ban would hit some teams harder than others - no change there - there were also fears that certain procedures carried out by radio - particularly before the start of the race - could impact safety.

Indeed, while some drivers say the ban will make the racing more pure, others have expressed concern that the ban will lead to more retirements.

"Last race my rear brakes were overheating and I needed to go forward with the brake bias," Valtteri Bottas told reporters yesterday. "Without the team telling me that, I probably would have not finished the race."

Consequently, according to the latest directive….

Messages not permitted (by radio or pit board)