Gurmit's View: Should have gone to... 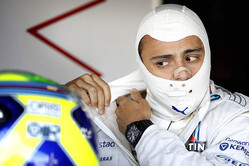 One of the oddest headlines in recent days has to be that which proclaimed that Felipe Massa has "no fear" of teammate Valtteri Bottas.

Well, having spent years as lickspittle to Michael Schumacher and Fernando Alonso, and with Bottas having just scored his third consecutive podium finish - no pun intended - Felipe is either bullshi**ing big time or seriously naive.

To make it worse, having failed to complete a single lap in either of the last two races, this weekend sees the popular Brazilian heading back to a circuit that holds dark memories.

Anyway, as the 34-year-old heads to Hungary, Gurmit has his own take on the cause of Felipe's Hockenheim accident... and it's got nothing to do with Kevin, so let's not speak of it.