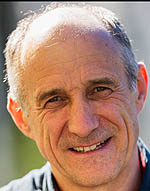 Toro Rosso's long relationship with Ferrari is to end as the Italian team announces its decision to switch to Renault powerplants from 2014.

Speaking in Monaco this morning, Chairman and CEO of Renault Carlos Ghosn confirmed that the French manufacturer will supply its V6 turbo engines and energy recovery systems to the Faenza team from next year.

The partnership builds on the existing relationship between Renault and Toro Rosso’s sister team Infiniti Red Bull Racing, which has yielded three constructors’ and drivers’ titles in its six year history.

Terms have also been agreed to continue this association into 2014 and beyond, with Infiniti Red Bull Racing remaining the development partner for the new V6 turbo power unit.

"While it is logical we would discuss supplying Toro Rosso based on our partnership with Infiniti Red Bull Racing, it was not a foregone conclusion," said Jean-Michel Jalinier, Renault Sport F1 President. "We carefully considered what is best for all parties before concluding the agreement. Toro Rosso is a well-run, established team, with strong personnel and facilities giving the team the potential to be a regular points contender.

"Renault remains involved in F1 to win and demonstrate the excellence of its products. To achieve our aims we need to have teams functioning at the highest level, which is why we are delighted to sign with Toro Rosso.

"Off track it will also enable us to further promote the association with the Red Bull brand to our customers worldwide. We look forward to creating a long and multi-level relationship with Toro Rosso, just as we have with Infiniti Red Bull Racing."

"We are very pleased to have reached an agreement to use Renault power units from the 2014 season onwards, when the new regulations will present interesting challenges," added Franz Tostl. "It is particularly important that we have managed to finalise our plans early, so that we can be as well prepared as possible for next year. While looking forward to working with Renault, I would also like to thank Ferrari, our engine supplier since 2007. They have provided us with an extremely effective and reliable engine and an excellent service."