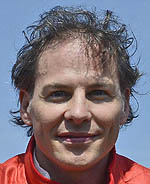 1997 world champion Jacques Villeneuve is the latest to share their thoughts on 'Seb's Sepang Sting', the Canadian comparing the resulting situation to that which some believe led to the death of his father.

It is common knowledge that the legendary Gilles Villeneuve was bitterly angry when (Ferrari) teammate Didier Pironi flouted team orders at San Marino in 1982. While the fight between the two has gone down in F1 history as one of the truly great battles, it remains overshadowed by the tragedy that was to develop.

As Pironi drank his Champagne on the podium, his teammate vowed that he would never speak to the Frenchman again in light of his betrayal. He didn't.

Just two weeks later, determined to take pole and reassert his position within the Italian team, the legendary Canadian pushed just a little too hard, misread the intentions of the driver ahead, and paid the ultimate price. For many, it remains, along with the death of Jim Clark and Ayrton Senna, one of the darkest days the sport has endured. One of those days you always remember where you were when it happened.

Now, Jacques Villeneuve fears that Sebastian Vettel's 'betrayal' of his teammate could lead to a similar feud with devastating repercussions.

"It's easy to make excuses," he told the Daily Mirror. "But, in the end, Vettel's got the win and the points. Mark has nothing. It was a deliberate decision by Vettel.

The team give you the contract and pay you money, and so you do what they want you to do. It's very simple.

"Ignoring (team orders) is just plain wrong," he added. "The best example is my father and Didier Pironi. Just look at the problems that caused."