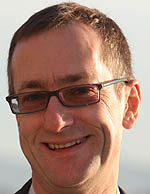 In an exclusive column for Pitpass, former Jaguar Racing team principal Tony Purnell says he believes that the switch next year from F1's current 2.4 litre V8 engines to 1.6 litre V6s is "a disaster for the majority of competitors" because it will double their powertrain costs to an estimated £17m (€20m).

Purnell will be writing a series of monthly columns for Pitpass with each one focussing on a key point at the heart of his vision for building a better version of Formula One. It is fittingly entitled 'Making the good better' and the first instalment can be found here.

The V6 engines have faced severe criticism from F1's boss Bernie Ecclestone and Ron Walker, chairman of the Formula One Promoters Association, which represents the race organisers. Purnell's complaint should perhaps be taken even more seriously because of his background and experience with motorsport technology.

Purnell founded automotive electronics firm Pi Research in 1987 and then sold it to Ford 12 years later. He became a well-known name in F1 when he took over as team principal of Jaguar in 2002 and left three years later after it had been bought by energy drinks company Red Bull. Purnell then became a technical consultant to F1's governing body the FIA and later joined IndyCar's ICONIC (Innovative, Competitive, Open-Wheel, New, Industry-Relevant, Cost-Effective) advisory panel which developed new aerodynamic regulations for the series.

In his first column for Pitpass Purnell also says that he thinks it is "appalling" that F1 does not feature the very best, 'there by talent' drivers and "instead it's back to a playground for well trained and staggeringly well financed rent-a-drivers there only because it enables the second tier teams to make ends meet."

His vision for F1 is for the sport to be "a hotbed of development to make car technology more efficient" and "a sound and buoyant business for ten or so teams, running on a level playing field." He says that this is in the best long-term interests of F1 and the FIA "should be pushing the sport firmly in this direction."

Purnell praises the technical side of the regulations run by Charlie Whiting but he adds that to achieve his vision for F1 the FIA needs leadership which "would never put a signature to regulations that favour one or two of the competitors; a leadership that knows who to attract to Formula One and more particularly who they'd rather not have attracted; one that understands that to be the regulator is unlikely to place one in a position of popularity. Bold change means courting controversy."

Purnell pulls no punches and that could be just what F1 needs.