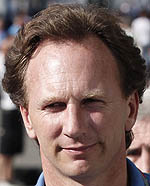 It's no secret that in addition to employing some of the brightest talent in Formula One, Red Bull Racing also has access to one of the biggest budgets in the sport. It doesn't try to hide it but what is not immediately obvious is why Red Bull's investment in F1 keeps on accelerating. It isn't, as you might expect, because it is in a spending race with its rivals. Instead, Red Bull Racing team boss Christian Horner reveals in an interview with Pitpass' business editor Christian Sylt in the Daily Mail that the energy drinks company boosted its F1 budget last year due to increased promotion of its back-to-back championships. Perhaps ironically, the more it wins, the more it spends.

Red Bull Racing has won the championship for the past three years running and took this year's title at the end of November. The team's UK parent is Red Bull Technology and last year the drinks company's investment in it increased by £3.5m to a record £108.5m. When asked why, Horner says "Red Bull F1 marketing activity is based in Red Bull Technology, and activities that exploit the success of the Red Bull Racing team are recharged to the parent."

Red Bull Racing's accounts for the year-ending 31 December 2011 show how much it cost to fuel its championship campaign this year. This is because the bulk of development work is done during the 12 months leading up to the first race of the season.

Red Bull Racing had total revenue of £176.8m in 2011 and its single-biggest source of income is payment from the drinks company. This is followed by an estimated £55m of prize money it received for winning the F1 title in 2010. The remainder comes from sponsorship with Renault-owned car brand Infiniti believed to be its biggest backer.

Although all the F1 teams are bound by the Resource Restriction Agreement (RRA), Red Bull Racing's costs accelerated 11% to £176.2m in 2011. Horner says that this was driven in part by spending on developments such as the Kinetic Energy Recovery System (KERS) which was reintroduced in 2011 and is not covered by the RRA. Research and development is the team's biggest single expense and Red Bull Technology, spent £69.9m on this last year, up from £56.2m in 2010.

Horner says that "whilst expenditure on certain aspects of F1 racing are restricted, others are not. KERS is unrestricted under the RRA and, to be competitive, Red Bull Racing had to race with KERS for the first time in 2011 so Red Bull Technology spent considerable resources in developing the system during the year. The costs of customer gearbox production and servicing, ticket purchasing and hospitality costs have all increased within Red Bull Technology. The amazing on-track success also generates costs as drivers and staff are paid bonuses on results."

After research and development, the team's second-biggest cost was paying staff and this is also covered by Red Bull Technology. Last year it employed 605 staff with the bulk in design, racing and administration. They were paid a total of £51.2m with the highest-paid director, believed to be Horner, receiving £1.3m.

With a third title in the bag he has a positive outlook and says that "Red Bull Technology has found an increased demand for services during 2012. This has opened up new opportunities which include servicing the Caterham team with KERS and providing technology tools to other customers. These new business streams are generating additional contribution to the company (through higher turnover and costs), and provide more stability for the employees against a background of cost cutting in the sport."