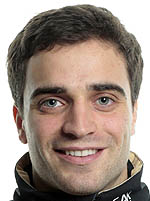 Lotus has announced that its third driver Jerome D'Ambrosio will get his first taste of the E20 at next week's test at Mugello.

The Belgian will drive for the first day of the test, followed by Kimi Raikkonen and Romain Grosjean on the second and third days respectively.

"Jerome has been very patiently attending all the races and has been a conscientious and regular visitor to Enstone since he was announced as our third driver," said Eric Boullier. "It's clear he has been very eager to get behind the wheel and it will be invaluable for us as a team that he gets this opportunity. We have given him a full day to get to grips with the E20, and look forward to receiving his feedback from the test. We had a good result in Bahrain, but as always we need to keep pushing forward. Mugello will give us an opportunity to try out a few new parts and hopefully make another step forward."

"It's an amazing opportunity for me," added D'Ambrosio, "and I'd like to thank Lotus F1 Team for giving me the chance to experience the E20; it's a great car and I can't wait to drive it. I know the team from my rookie day in Abu Dhabi in 2010, and I've felt very comfortable at Enstone this year which I'm sure will be a big help. Kimi and Romain needed time in the car during the winter after two years away, so the fact that this test has been put on the calendar after the first four races of the season gives me an opportunity to drive. It will be very valuable for me to get back into a Formula 1 car after 6 months, which has felt like quite a while. I've said all along that a third driver position with a top team would be much better for my career this year, and I'm starting to see the benefits of that strategy. I've learnt a lot so far with Lotus F1 Team, and this is just the beginning."