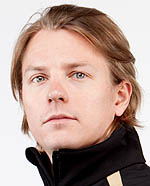 Kimi, good news today, you have decided to come back to Formula 1. Why are you coming back?
The main reason was that I never really lost the passion for racing in Formula 1, just maybe for all the other things around it. But when I did some NASCAR races this year I noticed that I was increasingly missing the racing side - to race against each other - because in rallying you really race against the clock. And then I got the call from certain people in Formula 1. All sorts of things happened and we managed to have a nice conversation with Lotus Renault GP and make a deal - I'm really very happy with that!

Why did you choose Lotus Renault GP?
Really there were two options - it was this team or Williams. And everything worked out with Lotus Renault GP as we wanted, so that's really the reason.

Have you been following the team and the performance this year?
I didn't follow Formula 1 much at all last year. This year I followed it a bit more but not really any specific team. I watched the last 20 laps of the last race, the Brazilian Grand Prix, and because I knew this was going to happen I also watched how the Lotus Renault GP team did. But before that I didn't know anything about what was going to happen or that there would be a deal in Formula 1 for next year, so I just watched Formula 1 as a whole. I saw a few races but nothing special.

Do you think Formula 1 will be very different for you from what you know from 2009, with the DRS, Pirelli tyres, etc?
Comparing 2009 to next year the biggest difference will probably be the tyres. I don't think there is a lot of difference with the cars. DRS is a new thing but this is basically similar to before. The button that used to be for the front wing has disappeared, so now it's for the rear wing. I would guess the main difference is really the tyres.

Personally, what's the main difference from the Kimi Raikkonen we saw in 2009 - in which way are you a better driver?
I don't know - I've been away for two years. I haven't driven and I haven't even sat in a Formula 1 car since the last race in 2009. I'm interested to get back into the car, I'm two years older now and I don't think anything else has really changed. It has been really nice to try to learn rallying in the last few years. On some days it was hard. It's been easier this year than last year but still it's a very difficult sport. I'm really looking forward to coming back. At least Formula 1 is something where I know how everything works as I've been there for many years - compared to rallying when I didn't know what would really happen. Then I went to NASCAR and I had no clue how it would be. So in that way it should be much, much easier to come back and it should be pretty normal.

Have you already changed your training routine?
I kept training the whole time for the rallying but of course it's not so physical - in the rallies it's more that you have to sit in the car for the whole week. In Formula 1, it is more physical but over a shorter time. A month ago I started to get back into proper training for Formula 1. The neck is the most difficult thing to get ready but we still have plenty of time.

When you think about your last race in 2009, what is the feeling you have of driving in Formula 1?
I certainly remember all the braking and how quickly everything happens. But compared to rallying, say, you have slightly more time. In rallying, it doesn't give you a second chance. When you make a mistake you go off. There are no run-off areas. In Formula 1 you have a lot of run-off areas, you can run a bit wide and it is not such a big deal. You lose a lap in the practice or in qualifying but in the race you maybe don't even lose a place. So this time, the braking and the G-forces will certainly come back very quickly. The biggest thing will definitely be to get the neck used to it again. All the rest will take a while but it's not really a big thing.

Six world champions on the grid next year, you are coming back to Formula 1 - how big of a boost is it for your motivation?
I would not have come back if I wasn't motivated. There is always a lot of talk about motivation but nobody really knows what I do or what I think apart from myself so I don't really care about what people say. But I'm happy to be coming back. I wouldn't put my name onto a contract if I didn't think I'd really enjoy it - so it will be interesting and exciting to get back!