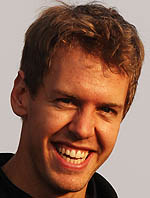 Sebastian Vettel: It was an interesting qualifying session; a new circuit and a new challenge - obviously I'm very happy to be on the front row. I don't know if being on the left or the right side of the track (we are on the left), is really an advantage or not; there's not one side that seems to be the clean side, as we tend to run down the middle. It was a good battle and after the first run it was very close, so I knew I had to do a little bit better on the second. We decided to only do one timed lap each time, it was still a bit slippery, but overall I'm very happy. Tomorrow it going to be a long race, we start starting the best possible position, so we'll see what happens.

Mark Webber: This new venue has been a good challenge for us. It was tricky to work out the right strategy for qualifying. The tyres weren't easy for one timed lap, so we had to work out how to do the right strategy - lots of teams tried different styles to get the best lap time out of the car. The first sector was tricky to get right on one timed lap. I could have done better in the first sector on my first lap in Q3; I couldn't complete my second, as there were yellow flags after Massa's incident. Overall it's a good job for the team, we've come to a new venue, prepared well and we've laid a good foundation for a very good race tomorrow.

Christian Horner: A great qualifying for the team to have established our 16th pole and a new record for the most poles secured by a team within a season. Also to have achieved a front row lock out after Lewis' penalty of yesterday has put us in the best position to start tomorrow's race. The dilemma was whether to do one or two laps, but in the end Sebastian managed to make two laps which were effectively good enough for pole. Mark running two laps on his first set of tyres in Q3 was the right strategy, so first and second on the grid is a great place to be starting the inaugural Indian Grand Prix at a circuit that has been a real challenge for the drivers and is a really exciting venue.

Cyril Dumont (Renault): A wonderful pole position again for Sebastian at this first Indian Grand Prix; I'm pleased for him. I think we had the pace today to lock out the front row - but anyway, we will start first and second on the grid tomorrow. That's the best place to start the race - we've clearly got the pace on low and high fuel, so it could be interesting tomorrow.