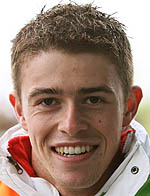 Force India enjoyed another competitive afternoon as Paul Di Resta finished seventh in the Hungarian Grand Prix in Budapest, earning the team a further six championship points. Adrian Sutil missed out on points as he finished in P14 following a first lap incident.

Paul Di Resta: "I'm very happy with the seventh place today. It was quite a mixed race with rain at the beginning, but I made a good start and felt comfortable in the conditions. Then it was a matter of which tyres to choose. We went to supersofts for the middle two stints, and then ended the race on the primes. We lost track position at the last stop, but I was able to pick through the cars and get back up to seventh place in the final few laps. Finishing seventh is the best way to respond after a series of races where, for various reasons, we didn't get the results that were possible. So it's nice to go into the summer break with a smile on my face having scored points that are so important for our position in the championship."

Adrian Sutil: "It wasn't a particularly good start for me and my chance of points ended on the first lap when I locked up the rear into the chicane. I was right behind Paul and to avoid an accident I had to go off the track and lost a lot of positions. After that, it was a case of trying to recover what we could and so when it started raining in the middle of the race we immediately switched to intermediates. We were running outside the points at the time so we felt it was worth the gamble. But there was not enough rain so I had to switch back to the option tyre a few laps later. It's a shame not to convert the strong qualifying into points, but I'm pleased for Paul and the team with his result today."

Dr. Vijay Mallya, Chairman and Team Principal: "Once again I am pleased that we have come away with six important points to consolidate our position in the constructors' championship. Paul drove an excellent race, didn't put a foot wrong and really deserves this result. He also made the right call on the tyres when the rain returned because it wasn't clear whether we should switch to the intermediates. Paul's decision to stay out on the prime tyres really paid off. Adrian's race was compromised on the opening lap and although we tried to bring him back into contention for points, things didn't go his way today. Overall we can be happy with our performance this weekend and can go into the summer break optimistic for the remainder of the season."