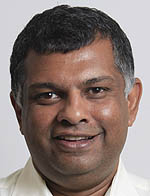 Tony Fernandes, team principal of the new Lotus F1 team and one of the main investors in the venture through his Tune Group company, delivered the keynote address on the first day of the 2009 Motor Sport Business Forum in Monaco.

Fernandes, who is also the CEO of successful airline AirAsia, revealed new details about his team and its ambitions in Formula One. He believes that despite the recent withdrawal of manufacturers from the sport, it is a great time to be in Formula One.

"We see opportunities and I think things are going the right way," he said. "Costs may be coming down but I still think it's a phenomenally successful sport. There are still lots of ways of making this a really good business, and it's a great business for other businesses to sit on as a platform."

Fernandes and his team will start with a modest budget but one he believes can deliver in this new era of Formula One.

"We have a budget of £55 million this year to get the team going," he said. "That involves a lot of start-up costs. We are obviously the latest entry vis-a-vis a new team, because Sauber has come in but they've got all the infrastructure in place. We have had to build everything from scratch."

However, he admits he took a risk at the start of thes project but insists that this has paid off in terms of preparation for next season. "We started to build the car and bring in the people even before we had a grid slot. I told Mike Gascoigne, 'if this doesn't work I'm going to have some very expensive pictures'. But that paid off so we're looking confident and we're about a week ahead of schedule for being on the grid."

He also gave further details about his team's partnership with Malaysian car manufacturer Proton, which owns the Lotus brand. "We have a licensing agreement with Lotus owner Proton and over time that relationship will grow. Lotus will probably buy into the team at some stage. More and more technology from our side will flow into Lotus cars and we will promote the Lotus brand. I see it in time being no different from how Ferrari works."

"I don't think we can claim any of the heritage," he continued, "but we are very clear about making sure we don't destroy any of the prestige. We have an advisory council to make sure that we protect what has been built by Colin Chapman and the people at Lotus.

"So I don't think we can claim Lotus heritage but we'll certainly celebrate it and work with it. We have lots of ideas. We've talked about doing something like the Goodwood Festival at this year's Malaysian Grand Prix and have lots of Lotus enthusiasts bring their cars down to Malaysia. There are lots of ways to celebrate the heritage. It's phenomenal history, a phenomenal brand. We can't claim it, but we will work with it, we'll celebrate it and we'll honour it."

Asked about his target for the first season, he replied: "For me, make sure I'm ahead of Richard Branson," he said. "I used to work for him, we partnered together on the airline, so I would like to see him behind me on the grid.

"We think we are going to have a very reasonable car," he added. "We know we aren't going to be competing at the front in year one, but it takes time and we'll have a good basis for moving forward."