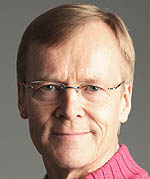 In a statement issued in the wake of his Campaign Statement, FIA presdency hopeful Ari Vatanen has announced the proposed members of his FIA cabinet:

The statement reads as follows:

The Fédération Internationale de l'Automobile is the governing body for world motor sport and the federation of the world's leading motoring and touring organizations. Therefore these organizations are the owners of the FIA.

In the upcoming FIA president elections in October I will represent a change. I have committed and promised to make the FIA stronger in its role to defend the interests of motoring world in a transparent and democratic way.

I am very proud to announce my proposed members of the FIA cabinet, the Deputy Presidents for Automobile, Mobility and Tourism and for Sport and the President of the Senate. This is a team which has experience and will help lead our great federation towards a new era. These persons represent the voice and a desire of a normal member club and they all have made a long career in their respective clubs.

Fernando Falco y Fernandez de Cordova, marqués de Cubas contributed to the creation of services and safety measures for motorists with the implementation of technical assistance and travel assistance services in Spain, Europe and throughout the world. In this capacity, he represented Spain in the FIA as well as in the AIT (International Tourism Alliance). Mr. Falco y Fernandez de Cordova is a Member of the Spanish Higher Council for traffic and road safety (Ministry of the Interior) and is part of the Group for Urban Mobility (Madrid). Until 2002, he was Vice Chairman of the World Council for Tourism and Motoring of the FIA. In June 1998, he was appointed Chairman of the AIT based in Geneva, a position he held until 2001.

For the Deputy President of Mobility: Mr. Bernard Tay

Bernhard Tay was elected President of FIA Region II (Asia and the Pacific) in April 2009. He has been a life member of the Automobile Association of Singapore (AAS) since 1983 and has served in the AAS General Committee for more than 20 years. First co-opted as a volunteer member in 1988, and thereafter an elected member since the year 2000. Serving on the AAS General Committee has given him the opportunity to actively address motoring and motoring-related issues. In 2004, he became the Vice-President of the organisation and he became President in 2006. Continuing the club's position as the voice of motorists and an advocate of road safety, Bernard has been playing a significant role in championing road safety programmes and activities through the club's various channels. This includes engaging in dialogues with relevant authorities and agencies on road safety issues.

For the Deputy President of Sport: Mr. Hermann Tomczyk

Hermann Tomczyk was elected ADAC Sport President and Vice President of the German Motor Sport Federation (DMSB) in 1997. The same year he became a member of the FIA World Motor Sport Council (WMSC) and in 2005 he was elected FIA Vice President in charge of road racing. Between 2006 and 2008, Hermann Tomczyk was DMSB President. In 2009, he was appointed honorary DMSB President. In May 2009, he was confirmed as ADAC Vice President Sport for another four-year term. Since 1998, he has been a member of the FIA Formula 1 Commission. In the past, Tomczyk was actively competing in motorsport himself too, having taken part in the 1972 Olympic Rally, various national rallies and the European Touring Car Championship.

Together with these committed persons I am prepared to take the challenge to work for your best interest, if you allow us.