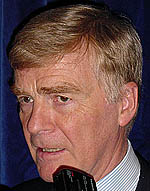 On 17 March, the World Motor Sport Council agreed a radical addendum to the current Formula One Technical Regulations to come into force for 2010. The aim is to make it easier for new teams to enter and also allow existing teams to participate on much reduced budgets should they so choose.

The new approach gives teams a choice. They can either run under the current Technical Regulations (as modified in consultation with FOTA) or have greater technical freedom but be subject to a stringent and rigorously enforced expenditure cap.

In essence, this is a choice between (i) the current freedom to spend and continued adherence to the existing technical constraints and (ii) a new degree of freedom to innovate technically but with a severely restricted budget. The technical freedoms accorded to the low-budget teams will be adjusted from time to time to keep their median performance on a par with the median performance of the unlimited-expenditure teams. The regulations for the unlimited-expenditure teams will remain stable and fixed.

What is the budget figure?
Max Mosley: Provisionally it will be £30 million per two-car team per season (currently €33m, or $42m).

How can you possibly run a Formula One team for that sort of money?
MM: It has been carefully costed. The cars will be much less refined in detail, because the teams will not be able to spend huge sums on minute advantages (for example, $1,200 on a wheel nut which is only used once), but from the grandstand or on television they won't look or sound any less "Formula One" than the current, ultra-expensive cars. They will also be more interesting to the technically-minded because of the special features which will allow them to compete against teams with much bigger budgets. And don't forget that £30 million is still a huge amount of money in the real world.

But surely that budget is not "Formula One", what about Formula One's DNA?
MM: Keith Duckworth once said "an engineer is someone who can do for one dollar what any idiot can do for a hundred dollars". These rules will encourage clever engineering – success will come to the teams with the best ideas, not only the teams with the most money.

What does the cap include?
MM: Everything except the motor home (if the team has one) and any fine(s) imposed by the FIA. All expenditure will be included, even the salaries of the drivers and team principal. If the team is profitable, it can pay a dividend to its shareholders, who may well include a chief engineer, team principal or even a driver. But we would make sure the team was genuinely making enough profit to cover the dividend.

How can you possibly check? Won’t there be all sorts of under-the-counter payments and avoidance mechanisms?
MM: We went into all this very carefully some time ago. We involved forensic accountants from Deloitte and Touche as well as financial experts from the current teams. The vast majority of payments are traceable and any benefits in kind can be valued. There were a number of meetings. It became clear we could do it. The problem was getting the current teams to agree a figure. Also, the majority wanted a lot of exclusions such as land and buildings, the team principal's salary and the drivers. We would also need the right to carry out very intrusive audits and impose severe penalties for overspend. However these difficulties no longer arise because each team will now be able to choose whether or not to run under the cost cap.

What about the engine?
MM: The engine will comply with current rules, except that there will be no rev limit and no development freeze. However, the entire engine expenditure will come out of the cap. If the engine is supplied by an outside commercial entity or another team, we will have to be satisfied that there is no hidden subsidy. If a team has its own engine, we will check its full cost just as we will the rest of the car. The current rule limiting manufacturers to supplying engines to one additional team each will remain in place.

But surely this is going in the opposite direction to your cost cuts?
MM: No. If a team's total expenditure is limited, the money is saved so detailed regulation aimed at saving cost in specific areas are no longer needed. A team could spend £20 million a year on its engine but would then have only £10 million left for everything else. It would probably not be competitive. The same applies to the other restrictions which will be swept away for the cost-capped teams such as limits on wind tunnel use, testing, exotic materials or giant computers (subject of course to current safety requirements). They can even spend on private jets and luxury hotels. But whatever they spend must come out of the £30 million.