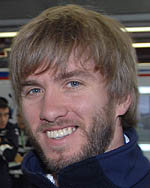 Nick Heidfeld appears to have turned his season around, taking 8 well-earned points at Silverstone and thereby closing the gap to the World Championship leaders - including his BMW teammate Robert Kubica. Ahead of his home race at the Hockenheimring the German answered a few questions.

You've earned a lot of praise for your second place and pair of double overtaking moves in the rain of Silverstone. How did you pull off such a great performance?
Nick Heidfeld: "It was just brilliant. Qualifying finally went well again, and in the race everything slotted into place. The team did everything right and I also avoided making any mistakes. It's always satisfying when passing moves come off; winning a head-to-head battle fair and square is as good as it gets. And if you can overtake two other guys in the same move twice in the same race, the thrill is that much greater. Especially as it was a Ferrari and a McLaren I got past on one of those occasions."

A lot of people complain that overtaking is impossible in Formula One. You provide regular evidence to the contrary - under the toughest conditions as well. How do you decide whether to dive into a gap? Are you braver than other drivers?
NH: "I actually find overtaking easiest in tricky conditions. The differences between the individual drivers are just greater in the rain. Plus, different drivers take different lines through the corners, which naturally helps with overtaking."

You referred to your problems in qualifying. Are they now behind you?
NH: "What is certain is that our work has paid off. The team has given me tremendous support. We conducted a complicated analysis of the situation and took measures to enable me to make better use of the tyres for a single hot lap. As an outsider it's tempting to think that all it takes to get the tyres up to optimum temperature is a couple of burnouts. But that only heats up the contact area of the rear tyres. It is a complex issue, and the Barcelona test in June already produced a degree of progress. We undid some of the good work with our poor performance overall at Magny-Cours, but for me it was important to see that I was back up to the same level as my team-mate in the second period of qualifying. That was the case again at Silverstone. However, we will not be easing off now; I'm sure that there is a lot more we can do to further improve my performance in qualifying."

Have you feared for your place in the team over recent weeks?
NH: "No, that would have been the wrong way to approach the situation. I was concerned about my qualifying performance. But I also knew that I hadn't suddenly forgotten how to drive a car and that my race speed was still good. The critical thing for me is to get the tyres up to temperature in qualifying."

Why do you perform so well in the wet?
NH: "I used to enjoy racing in the rain in my karting days, and then in the various classes up from there as well. The car slides and reacts totally differently, and you have to do everything with much greater sensitivity - steering, braking, accelerating. Getting to grips with all of these factors is so much fun. However, if you are not in the lead there is another aspect of racing in the rain that makes things rather unpredictable: the lack of visibility. We sit so low to the ground and the Formula One cars whip up so much water that you can hardly see a thing in the spray - neither the pools of water nor the other cars. You really can't compare it with driving on the road."

How did your two days of testing go at Hockenheim?
NH: "We were fortunate that the weather turned out to be better than forecast, which meant I was able to complete more laps than I was expecting in the dry. We tested a few new aerodynamic and mechanical components at Hockenheim, both for the German Grand Prix specifically and looking further ahead. That was our priority during the test; the plan was in no way to set the fastest possible lap times. As I cannot judge what kind of programme the other teams were running, the lap times from the test do not tell us all that much. However, I would have liked more time to work out an ideal set-up for the race at Hockenheim."

What is your plan for the German Grand Prix?
NH: "Clearly, it gives me an extra push to go into my home GP on the back of a podium finish in the last race. I want to keep heading in the same direction - get a good position on the grid and do as well as possible in the race itself. I'm really looking forward to what is BMW's home grand prix as well as mine personally. Plus, Hockenheim always attracts a particularly large number of fans from Switzerland as well, and I'm determined to put on a great performance for them."