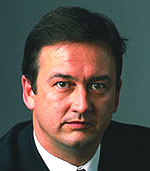 One piece of speculation regarding the Stepney Saga was confirmed as fact this morning, when it was revealed in court that Ferrari was tipped off about secret documents relating to its 2007 car being in the possession of a McLaren employee by a keen-eyed employee in a Woking photcopying shop.

In a further twist, it was revealed that the person having the numerous documents and plans photocopied was Mike Coughlan's wife, Trudy.

"Their conduct by taking these documents, knowing they were not entitled to them, keeping them and copying them, in any view, they behaved disgracefully," said Nigel Tozzi who was representing Ferrari.

He admitted that had it not been for the tip-off from the photocopying shop the Italian team would not have been aware of the new twist the Stepney saga had taken. Previously, the team was focussing on sabotage as opposed to espionage.

Another fact to emerge this morning is that McLaren Managing Director Jonathan Neale was aware that Coughlan had the documents, something which is sure to cause further embarressment for the Woking team.

However, Tozzi admitted that it is unclear when Neale became aware of the documents and that they were in Coughlan's possession.

The hearing was adjourned for the day while Coughlan provides sworn affidavits regarding how he came to have the documents in his possession. It will continue tomorrow (Wednesday), when Coughlan is expected to give evidence.