Serious motorsport fans know that the sport is not just about watching cars race around a track.

It's a complex and dangerous activity that can take years to understand fully. To get the most out of this exhilarating pastime, it's important to learn about some of its basic concepts. Here are seven things every fan should know before getting too deeply into motorsports.

Learning Lessons at the Track

Racing is an inherently dangerous sport. It takes more than desire and skill to become a successful racer; it takes proper equipment, relentless training, and of course, knowledge of racing techniques. There are many driving schools, like Manchester's l-team Racing School, that have a strong racing history and the instructors are veterans in the sport. This is important as they can pass on their knowledge of the track, strategies for racing, and what you should expect when facing danger.

A short amount of training is definitely not enough if one wants to race in high-level competitions. The more years you have behind the wheel before attending a driving school, the more you will be able to learn in a short amount of time. This is because simply showing up with years of driving experience means you have already learned many lessons that were necessary for becoming a successful racer. Do not expect to just show up and be an instant success, but being experienced can expedite your learning from the school.

Modern motorsports feature finely tuned machines that are capable of extreme speeds. Unfortunately, inevitably, these vehicles will eventually collide with each other, or the track itself. As a fan, it's important to know just how much damage can be caused by one car plowing into another at 200 mph.

The reality of the sport is that a collision can send the vehicles flying through the air in a fiery wreck that literally reduces them to nothing. In general, it takes around one car length of stopping distance for every ten miles per hour you are traveling at.

Racing isn't just about the collisions, other excessive accidents often lead to drivers being injured. This is usually because they are not properly strapped into their vehicle or wearing other safety gear. It's possible to walk away with only minor injuries like concussions or broken bones if they are hit by an out-of-control vehicle, but that's an unlikely scenario. The more likely outcome, if you are hit, is spending some time in the hospital with broken bones and other serious injuries.

Racing can be an expensive hobby, even for those who are successful at it. Owning a motorsport car capable of high speeds means purchasing several sets of tires per event, which can get expensive. In addition, racing is all about the details, meaning you will need to buy specialized clothing and other equipment to keep you safe if you are planning on doing more than spectating at a track. For those who are serious enough to attend driving schools, you'll want to be prepared for buying your own car because it's unlikely that you will be able to rent one.

The Realities of Sponsorships and Fees

If you want to race but aren't willing or able to make a significant financial investment, there's still hope because many drivers manage to find sponsors. Unfortunately, though, these companies do not pay out the full amount for sponsorship; they often take money for marketing purposes, leaving the drivers to foot some of the bills. The likelihood of finding a sponsor increases with success on the track, but even small name recognition will help you get your foot in the door when it comes to sponsorship. 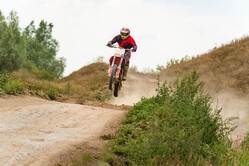 Racing is often won by fractions of a second, and sometimes just inches. To be the best, you will need to practice quite a bit and spend your time getting an edge on driving fast. Driving is all about putting yourself in the perfect position to win, but it's also important to remember that this isn't easy.

Drivers often lose races, even ones that they are expected to win. This means you shouldn't expect a racing career to turn you into a wealthy person unless you manage to win major events. In addition, the sport is dangerous, and some drivers lose their lives on the track.

Racing is a thrilling and dangerous sport that often comes with a high price tag. Despite the costs, it's possible to get involved in motorsports by attending driving school, finding a sponsor, or even just spectating. Fans of the sport need to understand the dangers and realities of racing, so they can appreciate the excitement and spectacle of these events.