Calendar "a bit of a chess game", admits Brown 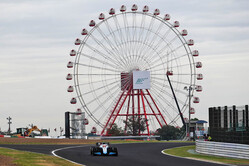 Zak Brown admits that the remainder of the 2021 calendar, certainly after Italy remains "a bit of a chess game" due to the uncertainty over the pandemic.

In much the same way as nobody knows how the title battles between Mercedes and Red Bull will turn out, the schedule for the remainder of the 2021 season is also subject to constant speculation.

While the Belgian, Dutch and Italian Grands Prix appear safe, there is continuing doubt about many of the events that follow.

Japan is almost certain to be cancelled, as are the races in Mexico and Brazil, and while it has been claimed that the Circuit of the Americas could host back-to-back events there is growing concern over that event also.

"I think it is a bit of a chess game of what happens in this market when it goes on the red list, or what have you, and there's a domino effect," he adds. "I've heard a variety of scenarios."

Asked about the prospects for the Japanese Grand Prix, particularly in light of the country's success in hosting the Olympics, albeit without spectators, he says: "From what I can tell there hasn't been any drama that's broken out from the Olympics so to me it does seem that would raise the confidence.

"I think they have said it will probably be a closed door event and I think Formula One has shown we as an industry are very good at travelling in and out of countries safely. So I'm confident we as Formula One can put on a safe event.

"What you don't know is the state of play in the country itself."

However, closed door events impact the sport heavily, which is why F1 is looking at the likes of Qatar and, so we are hearing, even Dubai.