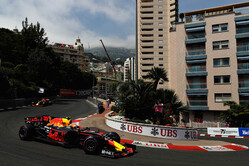 An article on Formula 1 and all Sky F1 team members was published nearly two weeks ago on Skysports.com talking about the list of plans that every Sky Sports F1 team has already prepared for 2018.

For them, it doesn't matter if it's summer of the middle of winter, as they always have something to do. The feeling Formula One gives people who are in love with this sport cannot be compared to anything in the world, not even to the moment you win the big prize while playing slots 2018 online UK for example. F1 aficionados and fans of any of the Sky F1 team presenters that want to know what the teams are preparing for in 2018, should definitely read the rest of the article.

According to what Sky F1 team presenters have recently said, none of the car regulations are going to suffer any major change in 2018, but this doesn't mean that the teams have nothing else to work on. F1 has always been a race against time and this year is no exception. 2018 starts with some testing at the end of this February in Barcelona, where the teams will have to run at the Circuit of Catalunya. Car designs are unlikely to be changed or redrawn this year, excepting the Halo head protection that the FIA specified last summer it will become mandatory starting this January. 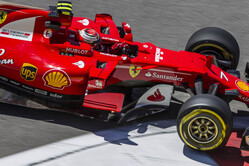 Ferrari has stated that their greatest ambition for 2018 is to go on with their improvement they've already started in 2017. By doing so, they could become unbeatable, as Sebastian Vettel states. Mattia Binotto (the technical chief of the team) said that the main keys to succeed and improve their performance are related to improving the car, the package and the organisation they're working in. Worth mentioning is also that Ferrari decided to test one of the Red Bull-style diffusers and they had good results with it. The thing is, if Ferrari and Red Bull choose to develop together the motorway, Mercedes, one of Ferrari's greatest competitors, will be left way behind. Even the least popular of all online casinos of The United Kingdom will have more fans than Mercedes will (figuratively speaking), if things turn out to be this way.

Red Bull is working on developing their front suspension and making it better and better. This type of suspension systems is supposed to provide the car that almost perfect balance. Furthermore, the company is putting a lot of pressure on one of the worldly renowned engine suppliers Renault in order to increase their performance this year. According to what boss Christian Horner told to one of the Sky F1 team presenters a few weeks ago, Red Bull was getting many promises that this will improve in 2018.

You may not know exactly what 2018 will bring, but the only sure thing is that Sky Sports F1 team is the best one to watch and listen to, as they know everything about F1.