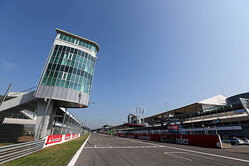 Bernie Ecclestone has revealed that the Italian GP could alternate between Imola and Monza.

The Autodromo Nazionale Monza, whose contract ends next year, is struggling to meet the licensing demands of FOM, which has led to fears that Italy, for many the spiritual home of motor racing, could, like Germany and France, disappear from the calendar.

However, whilst Monza attempts to resolve its situation, representatives from Imola, which hosted the San Marino Grand Prix between 1981 and 2006, and the Italian Grand Prix in 1980, have met with Bernie Ecclestone in London admitting that they would be happy to have F1 back at the circuit forever remembered for the tragic events of 1994.

As is the case with most events not backed by public funding, if Italy is to remain part of the F1 schedule a solution must be found and consequently today's admission from Ecclestone will be seen as a positive move, certainly by some.

"Imola is proposing to alternate with Monza," he told Gazzetta Dello Sport.

"We could do that," he added. "I want to ensure Italy stays on the calendar."

Fact is however, that in most cases where the Grand Prix has alternated between venues the move usually heralds the demise of at least one.

Since the last Grand Prix at Imola, the circuit has undergone major changes with the Variante Bassa chicane removed. The pit and paddock complex has been rebuilt and the pitlane extended... the reconstruction overseen by (sigh) Hermann Tilke.