EU investigation into F1 could begin in weeks 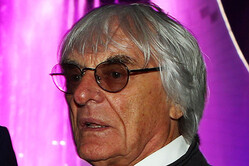 An official investigation by the European Union into the way F1 is run could be underway in weeks.

Still smarting from the fact that it was authorities in the United States and Switzerland that finally began investigating FIFA, after years of claims of corruption within football's international governing body, the EU could well see an investigation into the secretive world of F1's management as a way of re-establishing public confidence.

Talk of an investigation first surfaced in November 2014, when MEP Annaliese Dodds - in whose constituency many Caterham employees lived - wrote to the European regulators calling on them to investigate the FIA and the way it handles F1.

Ms Dodds wanted to know how the FIA had allowed a situation whereby three teams - Ferrari, McLaren and Red Bull - received 46% of the sport's £484m prize pot and the top six teams have seats on the all-important Strategy Group.

With a number of unnamed teams expressing interest in lodging a complaint, and thereby kick-starting an investigation, the EU's Competition Commissioner, Margrethe Vestager, told the teams that unless they formalised the complaint it could not be taken forward.

Talk of such an investigation then went cold... until now.

According to the Financial Times a number of teams are now understood to be on the verge of lodging a formal complaint.

Such a move would oblige the European Commission to investigate whether the sport's administration contravenes competition rules in that it favours the big teams and works against the smaller teams and their suppliers.

Since taking office in 2014, Vestager has an impressive record, having launched investigations of Google and Gazprom.

The teams looking to call for the investigation have two main complaints. The first is that the Strategy Group, which includes the six leading teams, is biased in favour of the big teams. The second cause for complaint is, as ever, money. The would-be complainants claiming that the sport's revenue share is disproportionate.

If proof of how disproportionate were required, one only has to look at the fact that in 2014, world champions Mercedes received $126m from the prize pot, whilst Ferrari, which finished fourth in the standings, picked up $164m. Even Red Bull, which was runner-up, out-earned Mercedes, the Austrian team picking up $156m.

In a week which has seen the FIFA scandal dominate headlines worldwide, and controversial leader Sepp Blatter toppled, Bernie Ecclestone appeared remarkably at ease when asked about the possibility of the EU looking into his business.

"It is strange," he told the Financial Times. "I would like to know what they want," he added, referring to the teams complaining.

"Nobody has ever made any requests to me about what they want," he continued. "We will wait for the complaint. They all signed contracts. I hope the complaint goes ahead and the competition authorities have enough patience and time to deal with it."