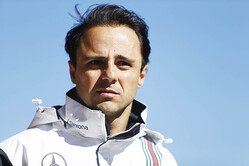 Bahrain led Formula One's expansion into the Middle East in 2004 and will this year hold its 11th Grand Prix. No longer one of the calendar's new additions, the Bahrain International Circuit has proved one of the more popular modern-era races and hosted one of the most entertaining Grands Prix of the 2014 season. The temperatures, dust and sand around the 5.4km layout present teams with a unique mechanical challenge in which to operate Formula One cars at peak performance. Williams is still seeking its first victory in Bahrain, though Felipe Massa won the 2007 and 2008 races.

Felipe Massa: Bahrain is the first night race of the season and is a spectacular place to watch a race. I always have fond memories of tracks where I have won before and I have managed to step onto the top step of the podium twice in Bahrain. I hope our car can show its true pace and utilise its straight line speed on the long straights. The track and facilities are always excellent in Bahrain, which is an added bonus when going to any race.

Valtteri Bottas: Last year was a good race in Bahrain. The circuit offers the opportunity to overtake but it doesn't make it easy so the drivers fight for every position. The track surface is quite rough which has a huge effect on the tyres, so looking after them becomes a priority. This can lead to quicker cars being bunched up and we have to take every chance that is on offer to overtake. I really like the Middle East; the facilities are always fantastic so I am looking forward to heading back there.

Rob Smedley: After a milder weekend in China, we are back to a hot weekend in Bahrain. The circuit is fantastic with very high traction demand making it tough for the engineers to ensure the car is good in qualifying, but looks after its rear tyres in race conditions. The importance of controlling the temperatures in the rears is paramount. At the start of the weekend the track is quite dirty leading to increased tyre wear but this settles down and improves throughout the race. The fans come from all over the Middle East and really enjoy their motorsport, so we are looking forward to this years' Bahrain Grand Prix.